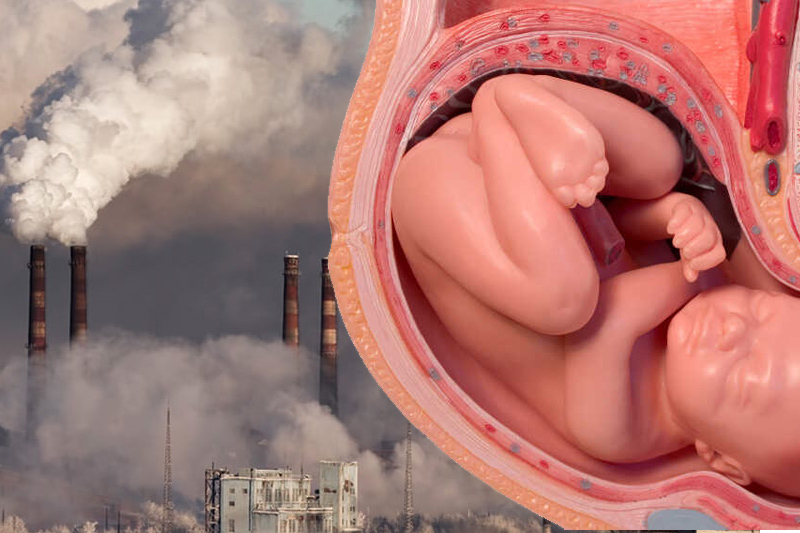 In a study conducted recently, toxic air pollution particles have been detected in the lungs, livers and brains of unborn babies, even before they are born and take their first breath in the real world. Researchers have called their “groundbreaking” discovery “very worrying”, as the “gestation period of foetuses is the most vulnerable stage of human development”. Thousands of black carbon particles were detected in a single cubic millimetre of tissue, which were breathed in during pregnancy by the mother, then passing through the bloodstream and placenta to the foetus.

Dirty air is known to have a strong correlation with increased chances of miscarriages, premature births, low birth weights and disturbed brain development. But this new study has further provided direct evidence of how the harm is inflicted on the foetuses. The scientists have also stressed that the pollution can cause lifelong health effects. The air pollutant particles detected in the foetuses are made of soot that is from the burning of fossil fuels in vehicles, homes and factories. This can cause inflammation in the body. The study has been conducted among non-smoking mothers in Scotland and Belgium, the places with relatively lower levels of air pollution.

“We have shown for the first time that black carbon nanoparticles not only get into the first and second trimester placenta, but then also find their way into the organs of the developing foetus,” said Prof Paul Fowler, at the University of Aberdeen in Scotland. “What is even more worrying is that these particles also get into the developing human brain,” he said. “This means that it is possible for these nanoparticles to directly interact with control systems within human foetal organs and cells.”

Prof Tim Nawrot at Hasselt University in Belgium, who was the co-lead of the study, said, “Air quality regulation should recognise this [air pollution] transfer during gestation and act to protect the most susceptible stages of human development.”

The new research has been published in the journal Lancet Planetary Health, and has found air pollution particles in every sample of lung, liver and brain tissue that was examined, along with umbilical cord blood and placentas. The 36 foetuses were examined in the Scottish part of the study, and were from voluntary terminations of normally progressing pregnancies between gestational age of seven and 20 weeks. “The findings are especially concerning because this window of exposure is key to organ development,” the scientists said. In Belgium part of the study, cord blood samples were taken after 60 healthy births.