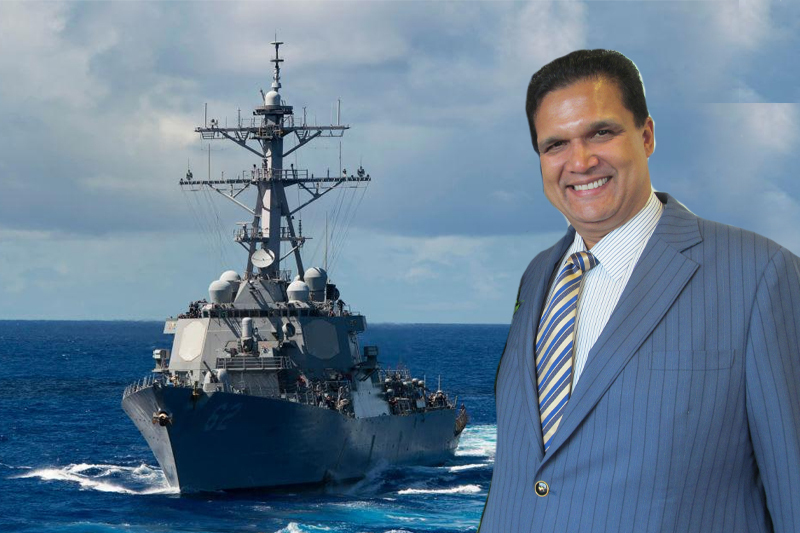 Leonard Francis, the former military contractor from Malaysia known as “Fat Leonard” who was behind the biggest corruption scandal in history of United States Navy, has escaped house arrest in San Diego by cutting off his GPS monitoring ankle bracelet and is now on the run. The US Marshals Service and other law enforcement agencies are now facing questions over Leonard’s escape just three weeks before his sentencing, where he even managed to rent vans to load up his possessions.

When marshals arrived on Sunday at Leonard Francis’s home in San Diego, they found he had fled after cutting off his GPS ankle bracelet. The whereabouts of the three sons of Malaysian contractor who were living with him is unclear. Alerts have been put out at ports, airports and southern border with Mexico, but it is believed by law enforcement officials that Leonard may have already escaped the country. “In the days before his disappearance, neighbours had seen U-Haul rental trucks coming and going at Francis’s home, according to the supervisory deputy US Marshal, Omar Castillo,” said.

‘Fat Leonard’ was arrested in 2013 as a part of federal sting operation, from a hotel room in San Diego. Francis had pleaded guilty over a huge corruption scheme involving the US Navy. In the corruption scandal US naval officers were supplied with food, drink and paid sex, and in return they made sure that US naval vessels were diverted towards Leonard’s Singapore-based company, Glenn Defense Marine Asia, for servicing. “The affair, in which the navy was overcharged by an estimated $35m, is known as the “Fat Leonard” scandal, a reference to Francis’s body size,” noted The Guardian.

A wanted notice has been put on Twitter by San Diego office of the US Marshals Service. “The San Diego Fugitive Task Force is searching for Leonard Francis aka ‘Fat Leonard’. Francis, who was on home confinement and being monitored by US Pretrial Services, cut off his GPS bracelet and left his home.”