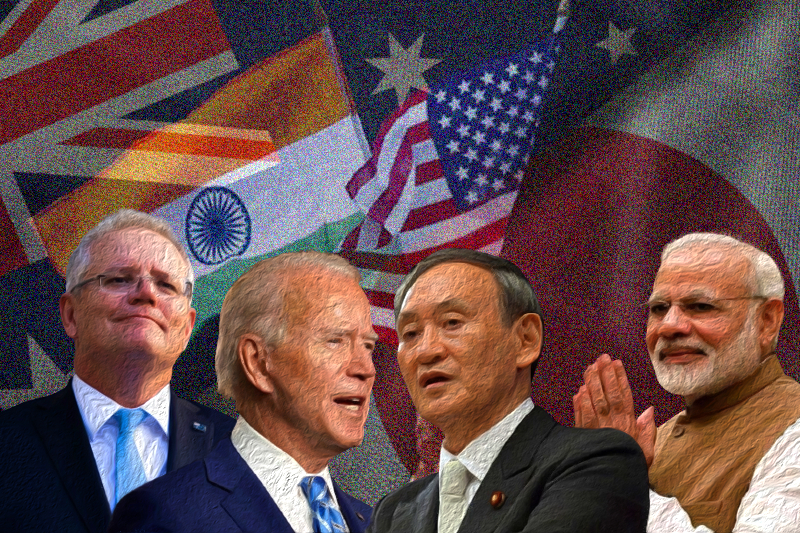 The leaders of India, Japan, Australia, and the US are expected to meet next week to hold the first summit of the Quadrilateral Security Dialogue. As per internal sources, the virtual summit would be attended by US President Joe Biden, Japanese Prime Minister Yoshihide Suga, Indian Prime Minister Narendra Modi, and Australian Prime Minister Scott Morrison. Asian democracies along with the US have decided to come together to combat China’s increasing threat in the region. Much to the worry of regional powers, China has increased its defense budget by 6.8%.

On Friday, Morrison told reporters that the Quad meeting was likely to become a regular part of the Indo-Pacific engagement, but clarified that it was “not going to be a big bureaucracy with a big secretariat and those sort of things”. He said, “It will be four leaders, four countries working together constructively for the peace, prosperity, and stability of the Indo-Pacific, which is good for everyone in the Indo-Pacific… It’s particularly good for our ASEAN friends [and] those throughout the southwest Pacific to ensure that they can continue with their own sovereignty and their own certainty for their own futures.”

With regard to his recent discussion with US leader, Morison said that he encouraged the Biden administration’s view of building stability and peace in the region. He added, “The Quad is very central to the US and our thinking about the region and looking at the Indo-Pacific also through the prism of our ASEAN partners and their vision of the Indo-Pacific.”

The Quad alliance would help US in keeping increasing Chinese influence over the region in check, especially its frequent claims over Japanese uninhabited islands and Taiwan. Observers believe that with regard to China, Biden adopted a similar policy as his predecessor, Donald Trump, who was keen on establishing and expanding the Quad. But it is yet to be seen if the US president would follow Trump’s hardline approach against China or implement a more cautious approach towards his country’s biggest rival.

A statement issued by China’s Ministry of Defense raised Japan’s security concern as the letter stated that it was “legitimate and indisputable” for Chinese official ships patrolling in the region to carry out law enforcement activities in the territorial waters near the Diaoyu Islands. Diaoyu Islands are Tokyo’s Senkakus island, on whom Beijing is pressing its claim adding that such law enforcement activities “will continue as regular moves.”

Besides, given China’s increasing defense budget and military capabilities, a senior US Navy official warned Washington against Beijing’s take over of Taipei in the next six years. The period between now and 2026, this decade, is the time horizon in which China is positioned to achieve an overmatch in its capability, and when Beijing could, ‘could,’ widely choose to forcibly change the status quo in the region. “And I would say the change in that status quo could be permanent,” Adm. Philip Davidson, head of US Indo-Pacific Command said.