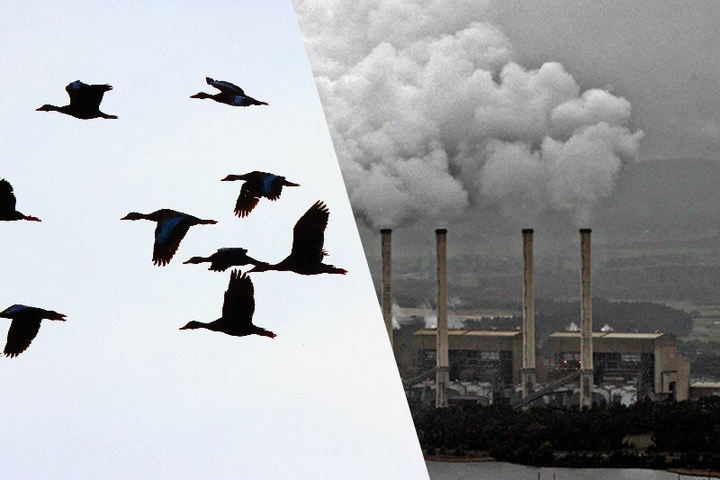 According to the findings of a study that was published on Wednesday (September 7), ducks that have been exposed to mercury pollution are significantly more likely to contract bird flu. This finding points to yet another way that human activity has altered the natural world, which in turn increases the risk of viruses spreading.

Humans are only rarely infected by bird flu, but persistent outbreaks in the United States and the United Kingdom, among other countries, have led to the culling of millions of poultry at this point in the year.

It is believed that wild waterfowl such as ducks are superspreaders of the virus in part due to the fact that they travel such great distances while migrating and have the ability to infect other birds along the way.

For the purpose of the new research, scientists in California’s San Francisco Bay, which is located on a migration route that extends all the way from Alaska to Patagonia, shot and killed close to 750 wild ducks belonging to 11 distinct species.

The findings, which were reported in the journal Proceedings of the Royal Society B, demonstrated that ducks that had been exposed to mercury were up to 3.5 times more likely to have been infected with bird flu at some point throughout the course of the previous year or so.

Mercury contamination “can suppress the immune system, and that might make infection with anything – including influenza – more likely,” said the study’s lead author, Claire Teitelbaum, a quantitative ecologist at the USGS Eastern Ecological Science Center. Teitelbaum is also a member of the research team.

According to what she told AFP, the San Francisco Bay is also a “major hotspot for mercury contamination in North America.” This is partly due to the fact that mercury was used in the process of mining gold in the past.

The ducks, on the other hand, did not test positive for the highly pathogenic H5N1 strain of avian flu, which has been found in a number of different regions around the world.

According to Teitelbaum, the number of cases of bird flu that have been reported in the United States has decreased throughout the summer “because many of the wild birds are up on their breeding grounds” further north.

She did however issue a warning that “when they are starting to come back down, we are probably going to see a lot more activity.”

The development of the disease comes at a time when researchers are sounding the alarm more and more frequently that human-induced variables such as climate change, deforestation, livestock rearing, and other factors increase the risk of viruses passing from animals to humans.

According to Teitelbaum, “there are just so many ways in which humans have impacted historically and are continuing to alter the natural world.”

“Just another connection that we need to add in to our more holistic picture of what’s going on in the globe,” she said, referring to how pollution and contamination impact the chance of illnesses spreading.

Daniel Becker, a biologist from the University of Oklahoma who was not engaged in the research, praised the findings of the study, calling them “amazing.”

According to him, “there is a startling lack of study looking at pollutant concentrations in wildlife and their association to infectious disease,” particularly for viruses that can be transmitted from birds to humans, such as bird flu.