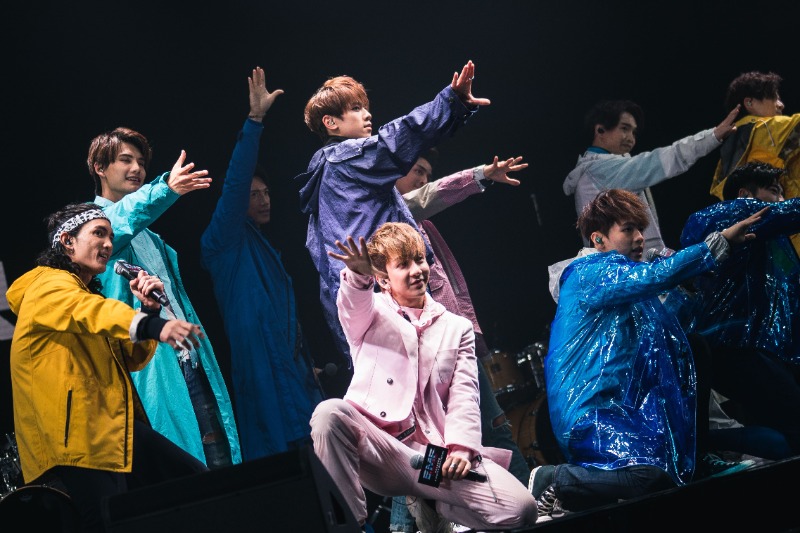 hong kong safety under the microscope after mirror concert mishaps

Hong Kong safety under the microscope after Mirror concert mishaps

In the wake of a series of stage mishaps involving Hong Kong’s most popular boy band, Mirror, the authorities have decided to launch an official investigation into the matter. At this time, it is unclear whether the poor concert production quality or the lack of rehearsal time is to blame for the incidents.

Since the commencement of a series of scheduled concerts at the beginning of this week, members of the 12-member Cantopop band had experienced slips and falls, bruises, and near-misses throughout their performances.

The most catastrophic accident took place in the evening of Thursday, July 28, when a large video screen that was suspended above the stage crashed down over two dancers, leaving one of them in serious condition.

According to early morning statements made to the local media on Friday by concert organizer MakerVille, which is controlled by Hong Kong tycoon Richard Li’s telecom business PCCW, the dancer, who goes by the name Mo, is still being treated in intensive care.

Later, it was reported by the local media that Mo had sustained injuries to his head, neck, and spinal cord and was scheduled to undergo major surgery on Friday.

According to the CEO of MakerVille, Lo Ting-fai, the other dancer had cuts and strained muscles, but she was released from the hospital after being observed.

According to the Associated Press, three members of the crowd were transported to the hospital, with one reporting feeling ill and the other two reporting being in shock; however, none of them required treatment.

None of the twelve people that made up Mirror were wounded.

On Friday, a Hong Kong official told reporters that “from initial inspection, a wire fractured and led to the fall of the screen and caused the dancers to be hurt.” This was the theory that explained why the screen fell and caused the injuries.

One structural engineer questioned whether stage equipment had been properly installed and speculated that a lock to fasten the wiring for such giant video panels could have failed. However, experts told the South China Morning Post that accidents of this nature were uncommon at the concert venue, which was the Hong Kong Coliseum.

Fans have voiced their concerns about the production companies on social media, with some commenters making unsubstantiated allegations that the corporations have ties to the Chinese government.

Others have uploaded the footage with the hashtag #MadeInChina, stating that they believe the incident occurred as a direct result of China’s authoritarian rule over Hong Kong.

The company responsible for the props and stage surfaces at the concert stated in a clarification post on Facebook that Art Design & Production was not involved in the engineering or operations that led to the screen collapsing, despite the fact that it was responsible for those aspects of the concert.

Frankie Chan, a member of the Mirror, was delivering a speech on Tuesday when he suddenly lost his balance and tumbled off the edge of the stage, falling approximately one meter. After some time, he published a statement on social media, which read: “I’m sorry if I caused anyone to be concerned… Just a few bumps and bruises. I’m a lucky man.”

The night before, local media reported that a band member named Anson Kong came dangerously close to falling off a rising platform as he was dancing on it. They also stated that the framework and other stage components were trembling and wobbling under the weight of performers.

Fans also filmed additional members of Mirror dancing on dimly lit and fenceless constructions, some of which were hung in the air. It appeared that several of the members missed dance steps.

On Tuesday night, a call was made via an online petition for concert organizers to take more precautions to protect attendees’ safety. Since its inception, the petition has received over 13,000 signatures.

According to the reports of the local media, the Hong Kong government made contact with the organizers the same night to demand that modifications be made, which resulted in the cancellation of “hazardous moves” and the installation of fences during the subsequent performance on Wednesday.

The incident that took place on Thursday – in which members of the audience can be heard shrieking in horror in distressing footage that is being circulated online – was the last straw for the Hong Kong government, which has halted the Mirror concert series until it can be proven that the stage production is safe.

On Friday morning, a veteran of the Hong Kong film industry named Louis Koo, who also serves as the head of the performing artistes guild in the city, demanded that individuals refrain from uploading the accident clips.

According to what he posted on social media, the most important thing is to examine the problems with safety in order to prevent making the same errors again.

In the meantime, another artist named Aaron Kwok has spoken out against the rumors that performers for the Mirror had only prepared for a total of two days prior to the beginning of the concert series on Monday.

According to Variety magazine, Kwok stated that he needed at least three to four days to rehearse at places, and before that, he would also practice in a different venue with a replica stage. Kwok’s comments were made in reference to the publication.

After receiving requests for an investigation from the Hong Kong Theatre Arts Practitioners Union and several city lawmakers, the Chief Executive of Hong Kong, John Lee, issued a statement early on Friday morning ordering a comprehensive investigation and review of the safety requirements imposed on events of a similar nature.
According to Mr. Lee, this was done to safeguard the safety of the performers, the crew, and the general audience. He continued by saying, “I offer condolences to those who were injured and hope that they may recover as quickly as possible.”