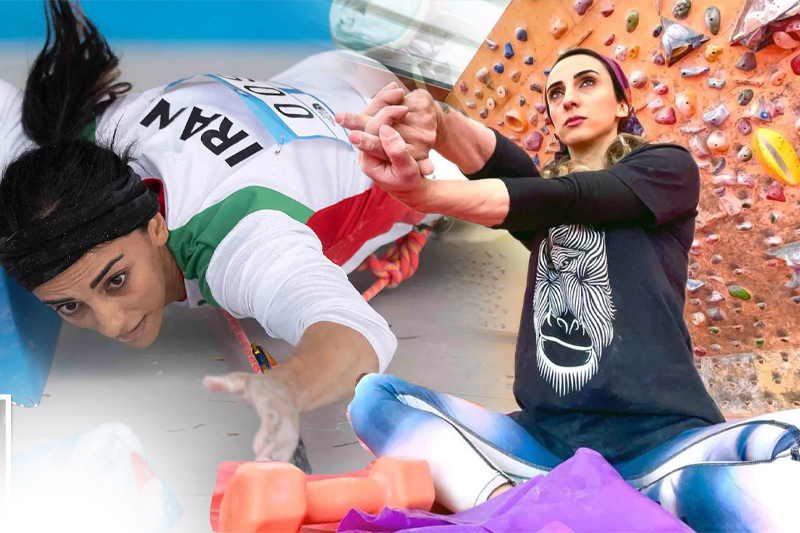 In a sudden turn of events, the Iranian athlete who had not worn a hijab while competing at the Asian Sport Climbing Championships in Seoul has been found. Her news for disappearance had been broadcasted by her friends a few days ago.

She has now come out to explain as to why she didn’t wear the hijab and that it was something that had been done ‘unintentionally’. Fears have been growing over the safety of Elnaz Rekabi after she disobeyed the strict rules of the Islamic Republic.

One really wonders as to the truth in the matter, as she has now given a statement of her ‘unintentional’ violation. The Iranian government has confirmed that she has returned back to Tehran recently and is not under arrest. Whether her passport and phone has been confiscated remains unknown.

An anti-hijab rally has been going on in Iran and across the world. The intention has been to revolt against the government’s moral policing over the way women dress up and controlling their lives. A young girl recently lost her life over the fact that she was not wearing her hijab properly.

Ms. Rekabi had competed without a hijab amid nationwide anti-government protests against their compulsory use in Iran. The deadly protests gripping the country were sparked by the death of 22-year-old Mahsa Amini in police custody.

According to local news outlets in Iran, Ms. Rekabi maybe actually jailed for not wearing a hijab. While she says it was not to instigate anyone, the damage to her safety might have already been done.

Iranian law states that women must use a hijab to cover their hair and the mandatory rule is also applicable when the country’s athletes represent them in competitions abroad.

The strict rules have prompted fears that Rekabi could be sent straight to prison after her return from South Korea.

Brother Daud Rekabi, also a rock climber, is also said to have been detained by the Iranian Revolutionary Guard Corps, in unconfirmed reports. Rekabi had finished in fourth place at the Asian Sport Climbing Championships and her participation without a hijab was broadcast around the world.