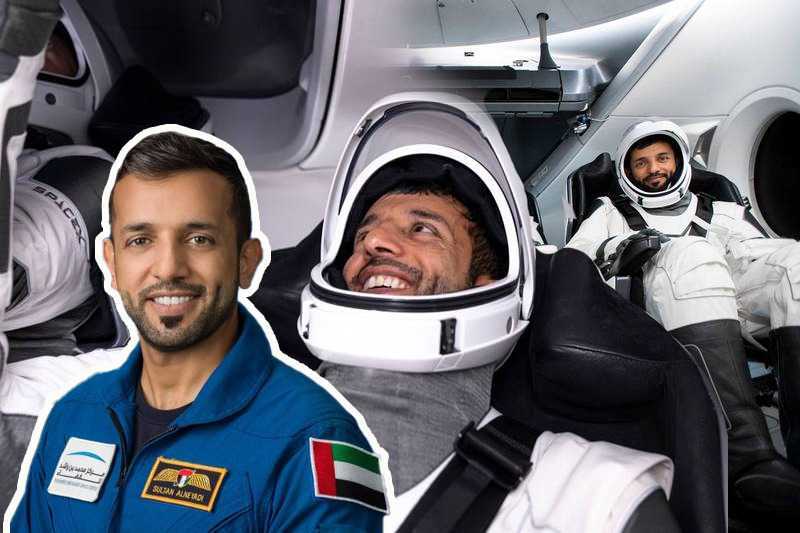 Sultan Al Neyadi, the UAE astronaut is all set to embark on the much awaited journey to space in six months, onboard SpaceX Falcon 9 rocket. Preparing for the first long term mission for Arab astronauts, Al Neyadi who is a former IT professional is training for the assigned mission to the International Space Station along with four crew members on the SpaceX/Nasa Crew-6 mission.

For the long term mission, Al Neyadi will spend six months in the orbiting laboratory, during which period he will carry out series of experiments and possibly execute the first spacewalk by an Arab astronaut. The mission will be launched more than three years after eight days were spent by Hazza Al Mansouri on the ISS (International Space Station).

Sultan Al Neyadi was a back up astronaut, had along with Maj Al Mansouri, trained for a year in Russia for the initial ISS mission. But for this mission, the training has been more extensive. Dr Al Neyadi and Maj Al Mansouri can now both take part in NASA led missions because of having completed a two-year basic astronaut training programme this year. “The astronaut corps for United Arab Emirates has been in training with Nasa at the Johnson Space Centre since 2019 under a separate bilateral agreement,” said NASA. “Their training to date has been equivalent to Nasa astronaut candidates-level training, which includes spacewalk training, onboard systems and T-38 training.”

As part of the mission specific training, Al Neyadi has trained at the Johnson Space Centre in Texas, the Kennedy Space Centre in Florida and the SpaceX headquarters in California. “The UAE crew will continue on with training on the Crew Dragon spacecraft and start training on the international partner segments,” NASA said. “By the Crew-6 launch date, Nasa said it expects to have the assigned UAE crew member trained as a fully qualified Expedition crew member.”

Crew Dragon Capsule will be launched on top of Falcon 9 rocket, for which extensive training has been given to Al Neyadi at headquarters of SpaceX.

UAE has been supporting the space programs of the country as well as training of astronauts, ensuring the country’s space program reaches new heights and pioneers the sector.