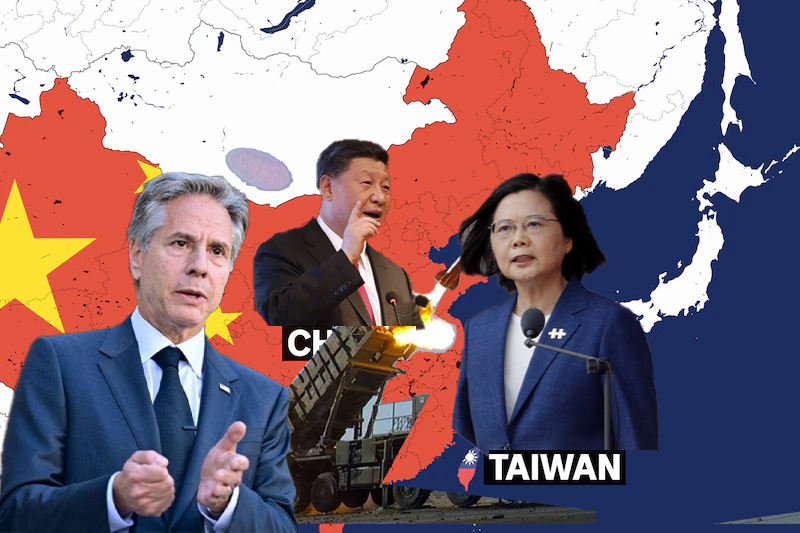 Reiterating the critical situation in the Taiwan Strait that may have a global economic blowout, United States Secretary of State Antony Blinken has warned that under Xi Jinping, the Chinese government is moving swiftly towards annexing Taiwan. The comments by US Secretary of State come after the China’s ruling Communist Party Congress was conducted in its twice in a decade meeting. In a major speech opening the CCP Congress on Sunday, Xi had made clear that his resolution of annexing Taiwan remain as an integral part of his plans of “rejuvenation” of China.

While conversing with former secretary of state Condoleezza Rice at Stanford University on Monday, Antony Blinken noted that peace and stability between China and Taiwan was maintained successfully for decades, but under leadership of Xi Jinping, Beijing has changed its approach significantly. “Instead of sticking with the status quo that was established in a positive way, [Beijing has made] a fundamental decision that the status quo is no longer acceptable, and Beijing is determined to pursue reunification on a much faster timeline,” Blinken said.

Recent years have witnessed a phenomenal increase in intimidation towards Taiwan by CCP and China’s military, the People’s Liberation Army. One of the most prominent examples of this was recent record increase in military drills around Taiwan following surprise visit by US House Speaker Nancy Pelosi, a move by top American diplomat that had infuriated Beijing.

Beijing, over time, has expressed its firm plan of annexing Taiwan, the self governing country that it believes to be its territory. However, a definite timeline for the same has never been expressed or announced. As shared by The Guardian, the senior US and Taiwanese military figures have warned the PLA will have the capability of annexing Taiwan within a few years, while analysts point to Xi’s goal of national rejuvenation by 2049 – the centenary of the People’s Republic of China – as a potential deadline.