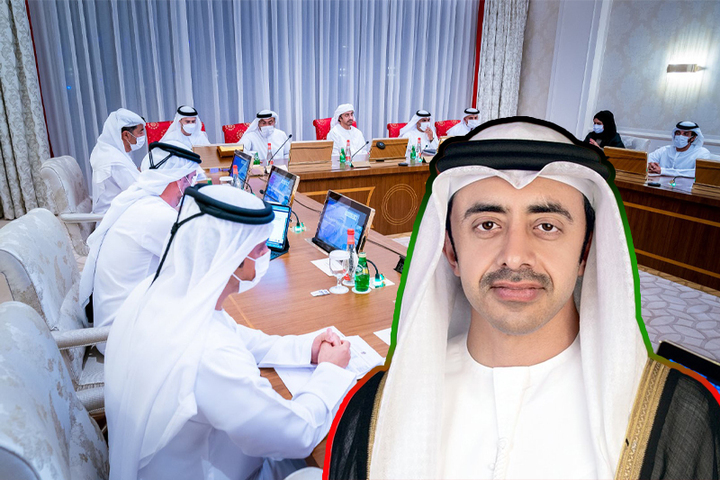 The 16th Meeting of the Higher Committee Overseeing the National Strategy on Anti-Money Laundering and Countering the Financing of Terrorism was led by HH Sheikh Abdullah bin Zayed Al Nahyan, Minister of Foreign Affairs and International Cooperation.

During the discussion, the Minister of Economy, Abdulla bin Touq Al Marri, elaborated on the Ministry’s efforts as a supervisory authority in executing the National Strategy on AML/CFT, as well as the operational and executive plans for carrying out various initiatives and activities.

These efforts are also centered on the upskilling of employees and the development of the proper technical mechanisms to help the country meet the standards of its mutual evaluation.

Around addition, the government continues to offer awareness and training workshops for the commercial sector and company registrars in the country, including in the free zones.

In this regard, the Ministry of Economy held over 30 workshops with 2,226 private sector participants and 22 meetings with company registrars through the Sub-Committee of Company Registrars in the UAE in order to effectively implement plans, raise awareness, and promote better understanding among registrants regarding the implementation of the integrated national AML/CFT regime.

In addition, the Ministry of Economy has conducted inspections of approximately 288 companies from the Designated Non-Financial Business & Professions (DNFBP) sector, which resulted in the issuance of 84 fines totaling approximately AED7 million and 31 warnings, as well as penalties totaling AED9.8 million on companies that violated the requirements of beneficial ownership procedures.

Al Marri emphasized that the Ministry is advancing with the implementation of a strengthened AML/CFT system in an effective and deterrent manner to maintain a safe and welcoming economic environment for enterprises operating in the nation.

During the conference, the Executive Office of AML/CFT gave a presentation on the most recent developments in national AML/CFT activities, as well as the outcomes of the Financial Action Task Force (FATF) Plenary meeting, which was held in Paris on 20-21 October 2022.

Following the September 2022 discussion of the country’s follow-up report with the FATF monitoring group, the FATF Plenary applauded the UAE’s efforts in implementing its Action Plan requirements and the progress indicated in its report.

In addition, the Executive Office of AML/presentation CFT’s shed light on a number of developments at the national level, including a 400% increase in legal assistance requests amounting to 179 requests, which reflects the country’s efforts to engage with international partners in the fight against transnational crimes.

The entire amount of fines imposed by regulatory bodies exceeded 65 million AED. Also highlighted were the Financial Intelligence Unit’s ongoing efforts to enhance its human capital through training and awareness programs.
In the past three months, the FIU has participated in twelve workshops on this front and issued approximately AED1.2 billion in money-freeing orders.

In addition, the presentation highlighted the business sector’s ongoing efforts to increase its awareness and implementation of targeted financial sanctions. There have been over 15 training sessions with over 12,000 public and private sector participants, and various guidance notes have been released to assure the business sector’s compliance with these criteria.

Due to an increase in demand, the Fawri-Tick system has also been modified to aid with the application of targeted financial sanctions and the financing of proliferation.

The Higher Committee was also updated on the newly launched second cycle of the UAE’s National Risk Assessment in conjunction with the World Bank.

Earlier this year, the Executive Office for AML/CFT struck an agreement with the World Bank to utilize its methodology while conducting the country’s National Risk Assessment. In addition to the involvement of the corporate sector, around 75 municipal entities are involved in the assessment process.

The discussion also addressed the conclusions of the 14th MENA Regulatory Summit, which was conducted in Abu Dhabi on 25 October 2022 by the Executive Office for AML/CFT and the London Stock Exchange Group in collaboration. Over 450 international specialists were present at the meeting.