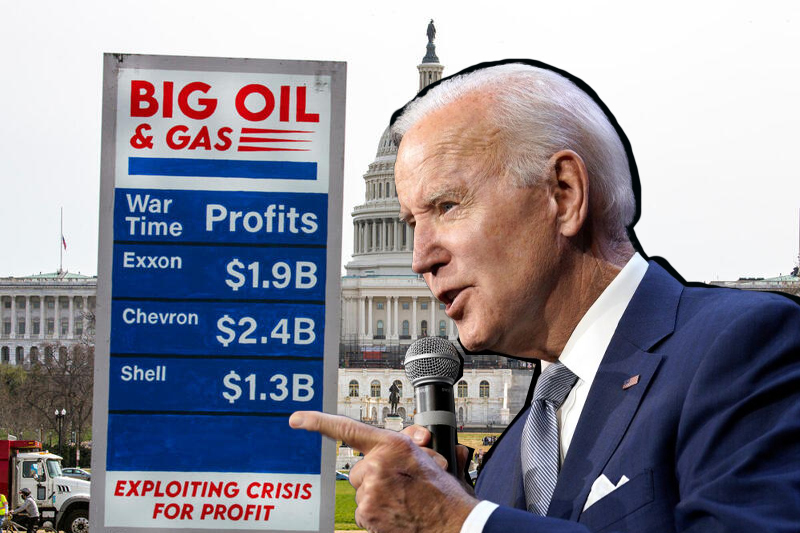 President Joe Biden has slammed and accused oil companies of “war profiteering” as he threatened of possibly imposing a windfall tax if the oil companies don’t increase domestic production. In his remarks made just over a week away from the midterm elections on November 8, President Biden criticised major oil companies for making record profits while not doing enough to help lower prices for American people. The president said he would “look to Congress to levy tax penalties on oil companies if they don’t begin to invest some of their profits in lowering costs for American consumers”.

During the last two quarters, leading oil companies including ExxonMobil, Chevron, Shell, BP, ConocoPhillips, and TotalEnergy have earned over $100bn more than they had earned during entire last year.

“My team will work with Congress to look at these options that are available to us and others,” Biden said. “It’s time for these companies to stop war profiteering, meet their responsibilities in this country and give the American people a break and still do very well.”

President Biden particularly targeted ExxonMobil which reportedly had earned $19.7bn in the third quarter alone. He underlined that the company had used its record profits to give the shareholders hefty dividends and stock buybacks but had failed to invest in increasing the production that would benefit American consumers at the pump. “Oil companies’ record profits today are not because of doing something new or innovative,” Biden said. “Their profits are a windfall of war, a windfall for the brutal conflict that’s ravaging Ukraine and hurting tens of millions of people around the globe.”

In July, petrol prices had recorded a surge of average of $4.80 for a gallon of regular. Since then, they have fallen to an average of $3.76 nationally, but according to the White House they should be even lower, given reduced global oil prices during the same period.

Biden’s threat of imposing windfall taxes on energy companies comes after similar calls from progressive Democrats, including Bernie Sanders and Elizabeth Warren. Last week, California Governor Gavin Newsom too had called out Congress to tax the profits made by oil companies. “Crude oil prices are down but oil and gas companies have jacked up prices at the pump in California. This doesn’t add up,” Newsom had said on Friday. “We’re not going to stand by while greedy oil companies fleece Californians. Instead, I’m calling for a windfall tax to ensure excess oil profits go back to help millions of Californians who are getting ripped off.”