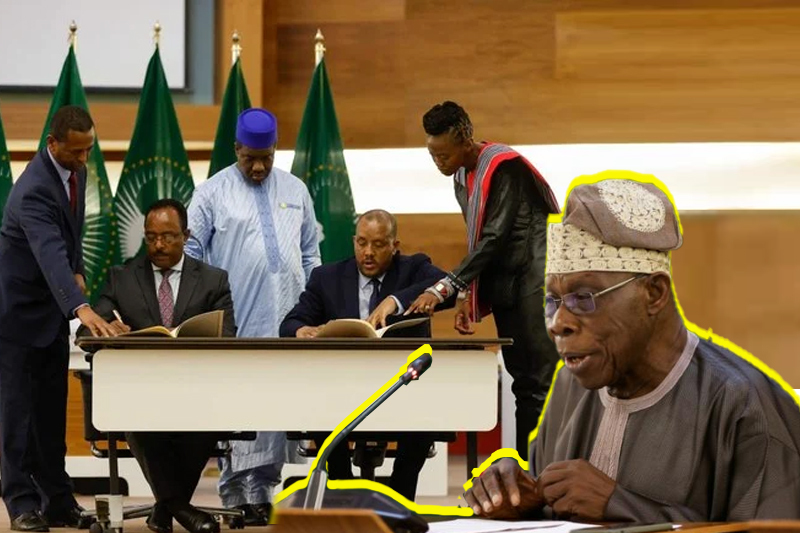 On Wednesday, the warring sides of Ethiopian civil war – the government of Ethiopia and TPLF (Tigray People’s Liberation Front) – finally agreed to permanently end the atrocities and hostilities in the Tigray conflict, thereby ending the two years long war that is believed to have killed hundreds of thousands of people in region. What lies ahead is an enormous challenge, including getting all parties put down their arms or withdraw from the offensive.

“The level of destruction is immense,” said the lead negotiator for Ethiopia’s government, Redwan Hussein. Lead Tigray negotiator Getachew Reda also expressed a similar sentiment and noted that “painful concessions” had been made. Representatives of the Ethiopian government and a team representing the Tigray People’s Liberation Front (TPLF), a political organisation that has ruled the northern region of Tigray for decades, have spent almost 10 days in South Africa in the most serious effort yet to come to a negotiating end of the war.

A draft text of the war cessation agreement, that has been shared with The Associated Press, says “Tigray forces will be disarmed, starting with light weapons within 30 days of Wednesday’s signing, and Ethiopian federal security forces will take full control of all federal facilities, installations, and major infrastructure such as airports and highways within the Tigray region.”

Basic services will be restored in the Tigray region by Ethiopian government, including communication, banking and transport services that were severed since the fighting began. Humanitarian access will also be permitted unhindered. An African Union panel with representatives from both sides and Africa experts will be monitoring the complete process.

The step has been lauded by UN Secretary General Antonio Guterres as “a critical first step”. In a statement issued by his Spokesperson, Secretary General Antonio Guterres said the “Agreement for Lasting Peace through a Permanent Cessation of Hostilities brokered by the African Union and mediated by former Nigerian President Olusegun Obasanjo, was a promising start to finally stopping the fighting which erupted in November 2020 after months of tension, and which has destroyed so many lives and livelihoods”.

Secretary-General @antonioguterres welcomes the signing of the Agreement for Lasting Peace through a Permanent Cessation of Hostilities between the Government of the Federal Democratic Republic of Ethiopia and the Tigray People’s Liberation Front: https://t.co/RAykrCQax8