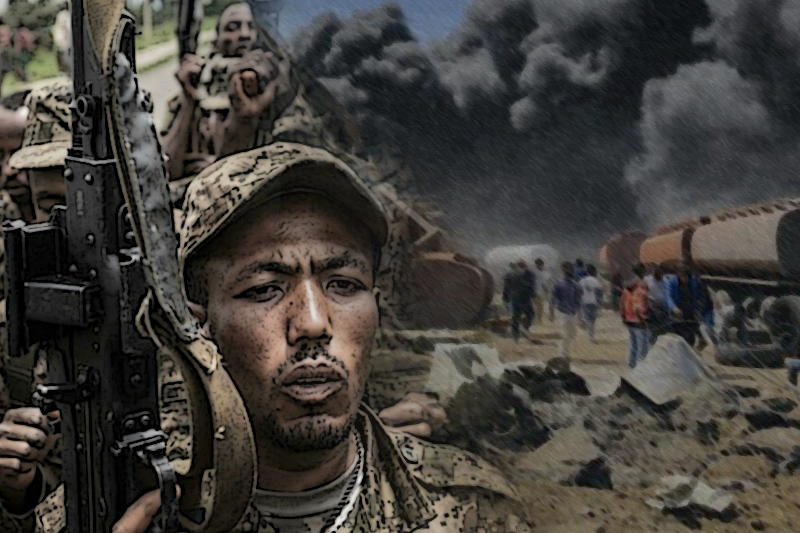 Ethiopia -WIth the current series of events in Ethiopia, there is no immediates solution available for the war escalation between the government and the Tigray community. On Wednesday, the Ethiopian government ordered a second air strike within hours of the first one.

The officials are attempting to weaken the already struggling Tigray community by sending out forces to restrict their steps towards the centre of the nation. The war has now been going on for years, which started after Tigray started its rebellion against the Ethiopian administration.

The second strike targeted the military training centre and heavy artillery depot. It was in the Temben region in the Agbe area, which has many arms and ammunition stored as per earlier reports.

Before this, the government had also carried out an air strike in Mekelle and as per local media reports, the attack targeted the centre of the city. However, the Ethiopian government stressed that the airstrike targeted the buildings where Tigrayan forces were repairing armaments.

One of the spokesmen from the government Legesse Tulu blamed the Tigray community for this attack. He said, “Tigray People’s Liberation Front (TPLF) has been adept at hiding munitions and heavy artillery in places of worship and using ordinary Tigrayans as a human shield.”

A Reuters report states that the air strike was targeting the Mesfin Industrial Engineering PLC, which the government feels supports the TPLF. The information about the attack was given by two witnesses and a humanitarian source in Mekelle.

When the TPLF leader was contacted for comment on the matter, he said that the centre was desperate on the war front. Debretsion Gebremichael stressed that the government has been attacking their areas because they are losing on ground so this is their way fo retalianting.

He also said that the strike did not hit any of their facilities rather it hit a private company’s compound but refrained from sharing any further details regarding the attack. The attack did not do much damage for the facilities as it did for people. The airstrike injured nine civilians in total including a five-year-old child.

“Four of them were factory employees and the fifth one is a lady who lives near the factory. Her house was destroyed by the air strike,” said the doctor working in the Ayder Referral Hospital. The war between two sides has resulted in numerous killings and also displaced thousands of people from their original accommodations. Conflicts between the two sides further grew when the TPLF ruling the Horn of Africa decades was outhrown by Abiy, who is not a Tigrayan in 2018