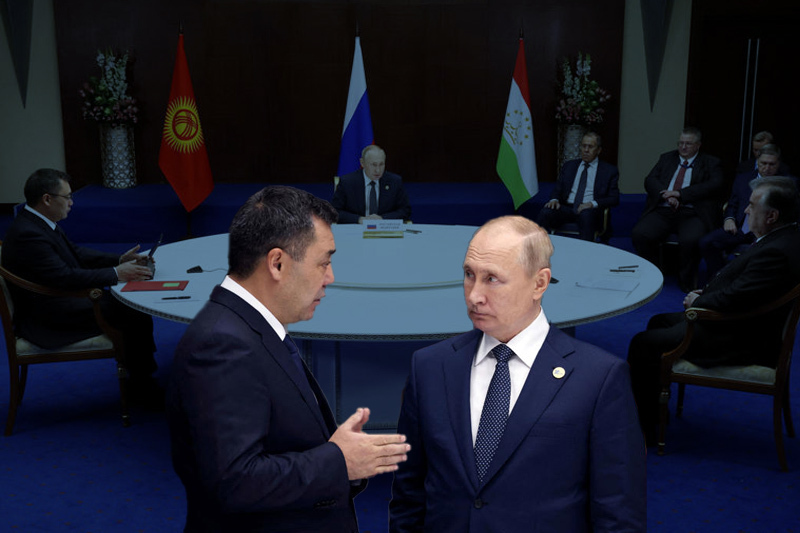 There is new found leverage and some of the smallest democracies of the world are now standing tall against the new economic order that Russia has established for itself as it concedes a certain defeat in Ukraine.

Countries that were once under the Russian rule are now getting a flagging for the former ruler as they voiced their sense of disrespect that has been coming to them from Kremlin for decades together. In a recent summit in Kazakhstan, Tajikistan’s President since 1994, Emomali Rakhmon was emphatic. He said and this was quoted in the recent media grabs that, “We want respect. Nothing else. Respect.”

He was open in expressing the fact too that indeed Moscow’s attitude had not improved since the Soviet era.  A video of the embittered speech surfaced at the weekend and was not part of the official coverage of the October 14 summit, during which he urged his southern neighbours to build new logistics chains after Western sanctions over Ukraine disrupted much of Russia’s trade.

During his trip, he held a separate three-way meeting with Rakhmon and Kyrgyzstan’s President Sadyr Japarov to discuss a border dispute which almost led to all-out war between their two countries in September.

Both countries in dispute didn’t meet on the conference. Further, the conflict prompted Japarov to skip an informal meeting of ex-Soviet leaders in Moscow on Putin’s birthday, October 7. Kyrgyzstan also put off planned military drills of the Russia-led CSTO military bloc on its territory and refused to participate in a similar exercise in Tajikistan.

Observers noted that the host of the summit, Kazakh President Kassym-Jomart Tokayev, had no bilateral meeting with Putin while the latter was in Astana, despite meeting Turkish, Qatari, Azeri and other leaders one-on-one.

All in all, Russia has reasons to worry about; more than probably losing the battle in Ukraine.