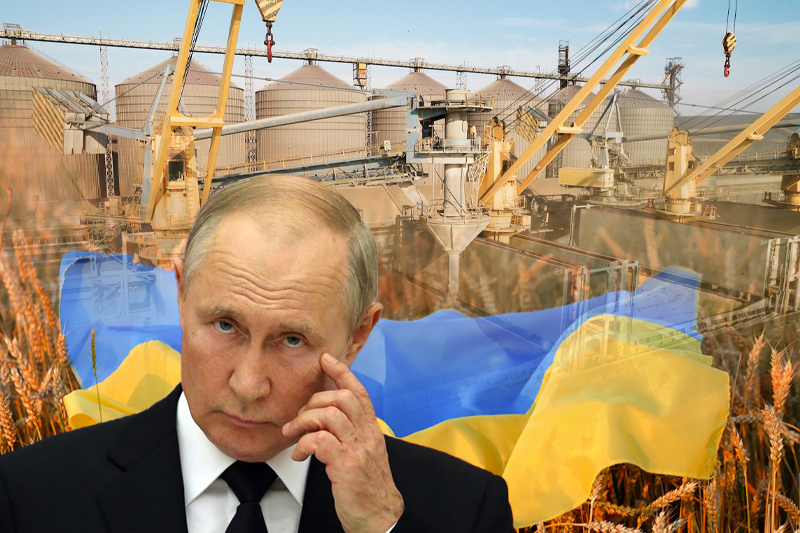 Ship-to-ship transfers whether legitimate or not are being used to steal and smuggle grains that have been stolen from various Ukrainian ports, confirmed reports have stated. Some political analysts are saying that this is being done to ‘to create a degree of legitimacy or clarity of title so that they can engage in transactions with countries that really need the grains.’

There are many countries that were previously dependent on Ukraine for grain exports.  Russia is obviously trying to capture those markets now. According to well-known media agencies, the exporters are mixing grain from multiple ports and vessels, obscuring the origin of commodities like wheat and barley, and allowing large volumes to be sold abroad without detection.

Sevastopol is a once such port that is situated in sanctions-hit Crimea. It is a harbor from where Ukraine says almost all departing commodities are stolen from its occupied territories by Kremlin troops.

A maritime risk consultant Windward has commented that despite the world not accepting the forceful annexation of four regions of Ukraine, Russia continues in its act of violence, trying to claim ownership on the grain bounty these areas had.

Russia claims that this annexation will add to its grain supply and offering to the rest of the world. Food prices will continue to rise as though the ports for export have opened up, they might not provide the kind of supply that Ukraine was supporting before the war.

A safe-corridor deal struck in July allowed Ukraine to resume exports, but shipments are still running 36% lower than last season. The intensifying conflict is now spurring fears that the deal won’t be extended when it expires in about a month, just as the latest harvest winds down to bring fresh grain to the market.