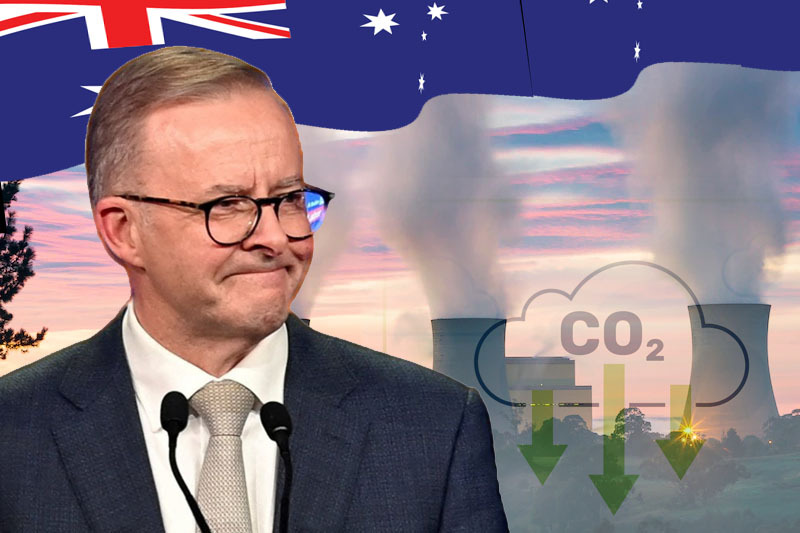 The House of Representatives of Australia is moving ahead with passing of Labor’s bill that will enshrine emissions reductions targets for 2030 and 2050 for the country. The development followed after the Greens signaled of supporting the legislation and Liberal MP Bridget Archer confirmed she would “cross the floor”. A bill to enshrine the center-left Labor Party’s pledge to reduce country’s greenhouse gas emissions by 43 per cent below 2005 levels by 2030 was the first legislation to be introduced to the Parliament’s last week session for the first time since May elections.

Enough support to the emission law

Prime Minister Anthony Albanese’s government has negotiated enough support for the passage of bill in Senate without changing the 43 per cent commitment. “I am very confident that it will be passed through the House of Representatives and through the Senate,” Albanese said to the media.

“All 12 senators of the minor Greens party, which wants a 75 per cent emissions reduction by the end of the decade, had agreed to support the amended bill,” Greens leader Adam Bandt said. “The Greens have improved a weak climate bill and we will pass it,” Bandt told the National Press Club.

“But the fight to stop Labor’s new coal and gas mines continues and, in this Parliament, the only obstacle to stronger climate action is Labor,” he added.

A booster for clean energy

Climate Change Minister Chris Bowen said expressing confidence that a “legally enforced” target would be a booster for confident investment in clean energy.

The conservative coalition in Australia led by former Prime Minister Scott Morrison, that was in power up until the election, was not ready to shift its stand from the 2015 Paris commitment to reduce emissions around 26 per cent to 28 per cent.