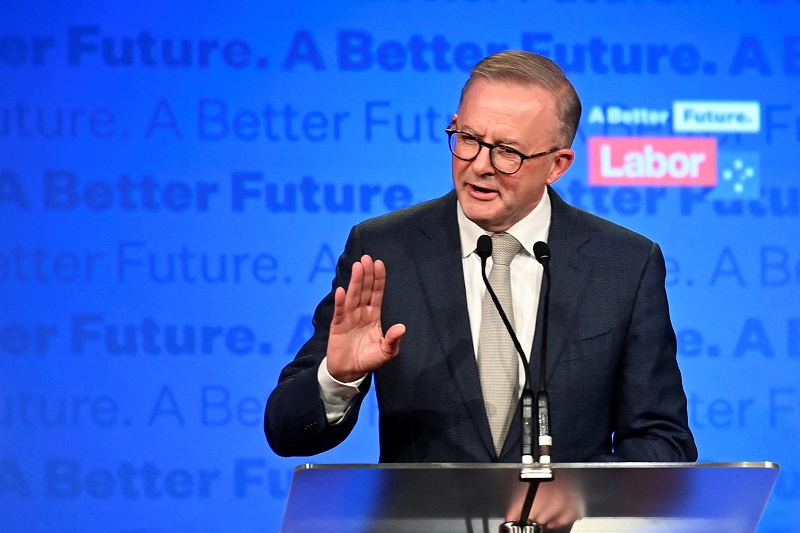 Anthony Albanese Sworn In As Australia’s Pm Before Quad Summit

Anthony Albanese, Australia’s new prime minister, has been sworn in and will fly to an international meeting immediately.

On Monday, the prime minister flew to Tokyo to meet with the officials of the Quad countries of the United States, India, and Japan.

What Is Anthony Albanese’s Background?

Anthony Albanese, 59, was assigned to parliament in 1996, only as Labor began the first of two decades of opposition.

From 2007 to 2013, his stint as leader of the Labor Party was marked by leadership squabbles, during which he openly criticized both sides.

Those years as Leader of the House, when he controlled official business in the parliament, cemented his status as a collaborator prepared to work across ideological lines.

It’s uncertain whether Mr Albanese would create a majority or rely on crossbenchers to rule.

He was sworn in with four key cabinet members earlier in the day, including new Foreign Minister Penny Wong, who will accompany him to Japan.

The new deputy PM and employment minister is Richard Marles, the chancellor is Jim Chalmers, and the attorney-general and finance minister is Katy Gallagher.

It’s the first Labor ministry in nearly a decade in Australia. The party has gained 74 seats in the lower house, but the number of seats needed to achieve a majority is still being counted.

However, the primary vote for both main parties dropped, with about a third of Australians preferring the Greens, independents, and other minor parties.

The Quad group’s main objective is to fight China’s expanding dominance in the Indo-Pacific area.

Due to recent diplomatic conflicts in the Pacific, it will convene on Tuesday after the Solomon Islands signed a security agreement with China last month.

The United States and Australia are concerned that the agreement will allow China to develop a naval facility there.

Prior to the Quad Summit, Mr Albanese made an statement,

“The Quad Leaders’ Summit brings together four leaders of great liberal democracies – Australia, Japan, India, and the United States of America – in support of a free, open and resilient Indo-Pacific.”