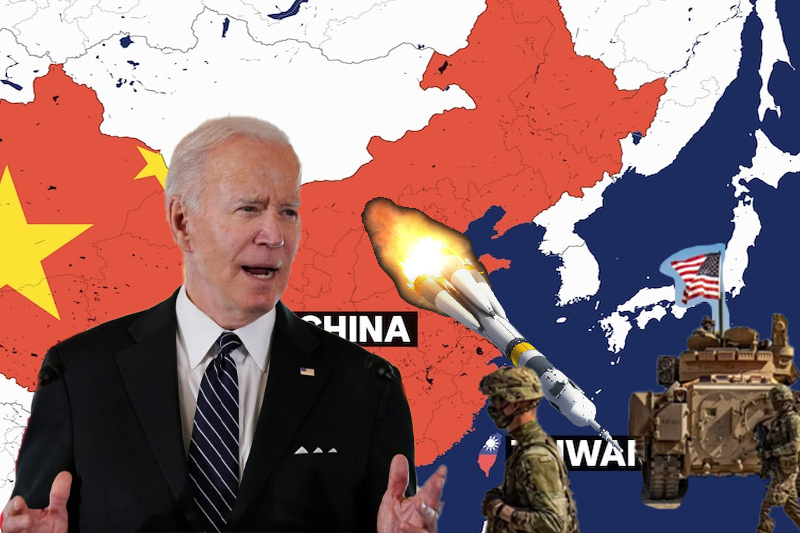 President Joe Biden has reiterated that United States military personnel would defend Taiwan if the Chinese military were to launch an invasion of the democratically ruled island. Appearing on the CBS program “60 Minutes” on Sunday, Biden was quizzed if “US forces, US men and women would defend Taiwan in the event of a Chinese invasion,” a prospect that is feared by the US officials to happen in future in most likelihood. To this President Biden said, “Yes!”

CBS News reported that the White House said that the U.S. policy regarding its stand on Taiwan’s integrity hasn’t changed. A White House spokesperson said after the 60 Minutes interview: “The president has said this before, including in Tokyo earlier this year. He also made clear then that our Taiwan policy hasn’t changed. That remains true.” That policy says “Washington wants to see Taiwan’s status resolved peacefully but doesn’t say whether U.S. forces might be sent in response to a Chinese attack”.

Under the “One China” policy, which is acknowledged by the US, Taiwan is a part of China but it has never officially recognized the claim by China’s Communist Party to the self governing island. The US had signed a defense trade with Taiwan wherein it is providing the island nation weapons for its defense. But at the same time Washington has remained intentionally ambiguous on its plans of intervening if China does go ahead with invasion on Taiwan.

These policy commitments were again reaffirmed during the “60 Minutes” interview with CBS News. “We agree with what we signed onto a long time ago. And that there’s ‘one China’ policy, and Taiwan makes their own judgments about their independence. We are not moving – we’re not encouraging their being independent … That’s their decision,” he said.

Taiwan and China had divided in 1949 after a civil war that ended with the mainland China under control of Communist Party. The two governments agree that they are one country but dispute lies in the identification of national leader.