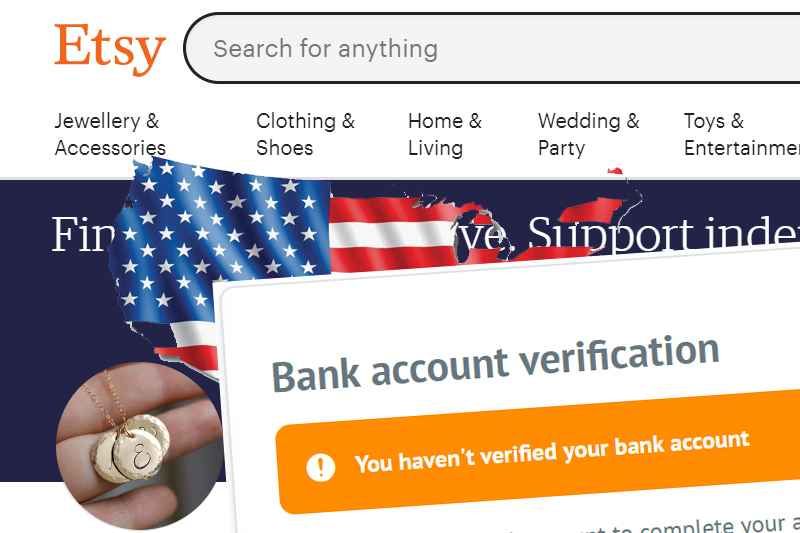 Etsy Inc. announced on Friday that in order to comply with anti-money laundering and other related rules, U.S. merchants on its marketplace will be required to either self-verify their bank accounts or do so through a third party.

The sellers that Reuters spoke to, as well as several others who participated in online discussion forums, expressed their annoyance over the move, claiming that the recommended method of verification required them to provide the financial technology platform Plaid with their banking username and password.

Plaid stated that it was “dedicated to providing a secure experience” to users after it reached a settlement last year in which it agreed to pay $58 million to resolve a case in which it was alleged that it utilized financial information without obtaining consent.

Etsy sellers also have the option to self-verify their bank accounts; however, one seller who did not wish to be named claimed that the process was time-consuming and difficult.

Another seller who also wished to stay anonymous wrote something along the lines of, “Unfortunately, a history of less-than-stellar communication and customer service contributes to a general lack of faith in Etsy,” but this seller did not want to be identified.

This is the most recent problem in a string of challenges that some sellers have had to overcome. A few of Etsy sellers went on strike earlier this year in response to an increase in the site’s transaction charge.

Although many of Etsy’s over 8 million active merchants rely heavily on the site as a source of revenue, some of them have expressed interest in leaving the marketplace.

“Because so many of my amazing customers have been going to my website to support me, I haven’t fully reopened my Etsy shop yet. But because of this, it’s possible that I’ll have no choice but to permanently close my Etsy shop,” seller Kristi Cassidy remarked.