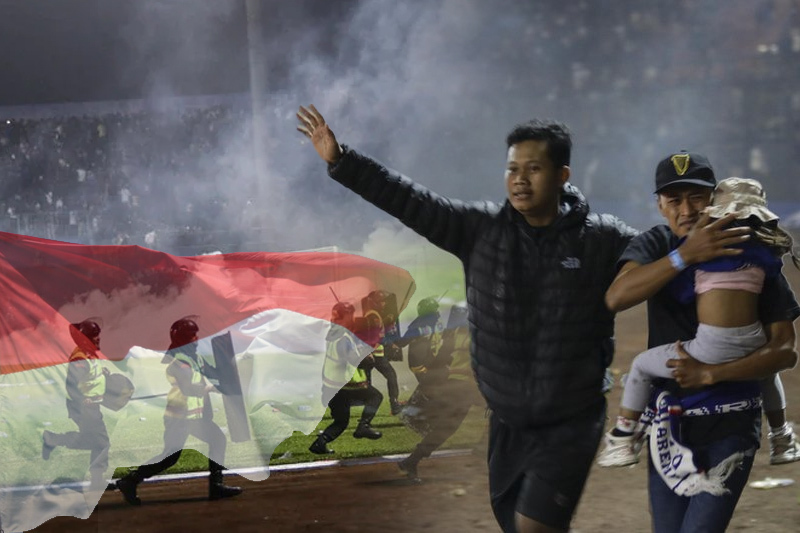 At least 125 people have been killed after chaos and violence erupted during a soccer match in Indonesian stadium into the early hours of Sunday, according to Indonesia’s National Police Chief. The incident is being dubbed as one of the world’s deadliest stadium disasters.

The incident happened when supporters of Arema FC and rival Persebaya Surabaya, which are two of Indonesia’s biggest soccer teams, clashed in the stands after the home team Arema FC was defeated by 3-2 at the league match in the city of Malang in East Java. Supporters from the losing team are said to have then “invaded the pitch”. The police then fired tear gas, triggering a fan crush. The stampede led to many cases of suffocation, East Java police chief Nico Afinta said during a press conference after the event.

Two police officers have also been killed in the crush as the disastrous crush happened when fans were trying to flee for exit gate. More than 300 people were injured, according to Indonesian authorities, as fears arise of the death toll further rising.

Indonesian President Joko Widodo, also called as Jokowi, ordered on Sunday that all soccer league matches be halted until investigations into the accident were completed. “I have specially requested the police chief to investigate and get to the bottom of this case,” Jokowi said in a televised speech. “Sportsmanship, humanity and brotherhood should be upheld in Indonesia.” He added, “I regret this tragedy and hope that it will be the last to occur in Indonesian football. We cannot have anymore (of this) in the future.”

The FIFA president, Gianni Infantino, has called the events “a dark day for all involved in football and a tragedy beyond comprehension”. He added, “The football world is in a state of shock.” The clubs of Manchester United and Barcelona have posted tributes online. Furthermore, other Spanish football clubs have said they would be holding a minute’s silence before their matches on Sunday.

Human rights experts have demanded explanation over why the police used tear gas for crowd dispersal. It was mentioned that according to FIFA stadium safety guidance, “crowd control gas should not be carried or used by stewards or police around the perimeter of the field of play”. Amnesty International’s executive director for Indonesia, Usman Hamid, has called on the authorities to “ensure that those who are found to have committed violations are tried in open court and do not merely receive internal or administrative sanctions”. Amnesty said, “Teargas should only be used to disperse crowds when widespread violence had occurred and when other methods had failed, and people had to be warned of its use and allowed to disperse.”