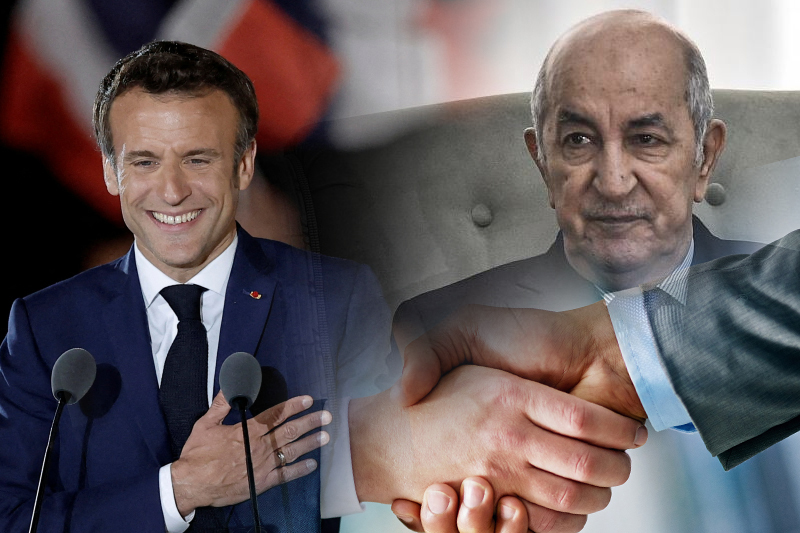 macron to mend ties with algeria amid severe energy crisis

Macron to mend ties with Algeria amid severe energy crisis

French President Emmanuel Macron is arriving in Algeria on Thursday, with hopes to mend the broken relations with the country whose abundant oil and gas reserves hold a renewed significance as Europe braces for catastrophic energy crisis due to Russia’s invasion in Ukraine. The visit by French president follows a long period of tension stemmed from conflicting memories of war of independence of Algeria. Last year Algeria had recalled its ambassador to Paris, but both nations have signaled interest in resetting the relations.

The diplomatic tensions between France and Algeria had suffered a big dent last October when Macron had accused the “politico-military system in power in Algiers of cashing in on memories [of the war] to justify its existence”. A month before that, France had angered Algeria, and also neighboring Morocco, by significantly decreasing number of travel visas issued by it. This move by France was in response to claims that both the countries in North Africa were obstructing the repatriation of nationals found to be illegally in France.

According to the Elysée palace, President Macron has “made the choice to orientate this visit towards the future… and lay down the basis for a relaunching of the relationship”. Macron is accompanied by a delegation of 90 ministers, sports personalities and business leaders.

Analysts stress that the French president will be under pressure to make a public statement towards recognizing concerns of Algeria “over how the independence war is remembered”. But they also highlight that “the main thrust of the visit will be to create conditions for closer co-operation on pressing economic and security issues”.

“You don’t come with such a large delegation – including the foreign, defence, economy and interior ministers – and stay for two days, if all you are going to discuss is the past,” says Hasni Abidi, director of the Geneva-based Research Centre for the Arab World and the Mediterranean. “With its vast reserves of oil and gas – much of it still untapped – and with pipelines linking it to Italy and Spain, Algeria is in a position not to replace Russia but certainly to help Europe with its energy supplies in the medium term,” he says.