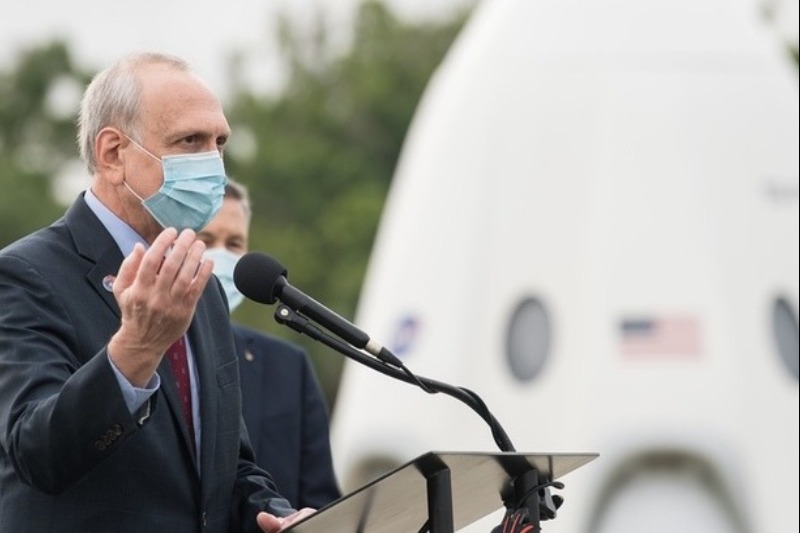 On Tuesday, July 26, Russia’s new space chief announced that his country plans to withdraw from the International Space Station after 2024. However, senior NASA officials said that Moscow has not formally conveyed an intent to end its two-decade-old orbital partnership with the United States. The partnership began in the early 1990s and has lasted until the present day.

Administrator of NASA Bill Nelson released a statement in which he reiterated the United States’ commitment to maintaining operation of the International Space Station (ISS) through the year 2030 and added that the space agency “is cooperating with our partners.”

“NASA has not been made aware of any of our partners’ decisions,” he said, “but we are continuing to construct future capabilities to assure our large presence in low-Earth orbit.”

Launched in 1998, the International Space Station (ISS) has been continuously inhabited since November 2000 as part of a cooperation that is led by the United States and Russia and also includes Canada, Japan, and 11 European nations.

Borisov communicated this information to Vladimir Putin, the President of Russia, on Tuesday. “Of course, we will fulfill all of our duties to our partners, but the decision regarding withdrawing from the station after 2024 has been made,” Borisov said.

According to Robyn Gatens, who serves as the director of the International Space Station (ISS) for NASA, her Russian colleagues have not communicated any such intent despite the fact that doing so is required by the intergovernmental agreement governing the orbiting research platform.

During an interview at an ISS conference in Washington, Gatens stated that there has been “nothing formal yet. Nothing official has been given to us as of yet.”

The same thing was said by Karine Jean-Peters, a spokesman for the White House, who said that Moscow “had not formally notified the United States of their plan to withdraw from the ISS.”

In a briefing for reporters, she continued, “We’re researching methods to mitigate the potential repercussions on the ISS beyond 2024 if Russia does exit.”

After the dissolution of the Soviet Union and the end of the Cold War hostilities that had fueled the initial US-Soviet space race, a foreign policy drive to restore relations between the United States and Russia led to the conception of the space station in part.

The arrangement regarding the International Space Station (ISS), which has withstood numerous strains over the years, has stood as one of the last links of civil cooperation as relations between Washington and Moscow have reached a new post-Cold War low as a result of Russia’s invasion of Ukraine on February 24.

NASA and Roscosmos had been having conversations on extending Russia’s involvement in the ISS until the year 2030. This year, the White House gave its approval to NASA’s intentions to continue operating the International Space Station until then.

Officials from NASA had previously stated that there was no breakdown in the bilateral cooperation that takes place on the space station.

Borisov’s comments on Tuesday followed a trend that was similar to those of his predecessor, Dmitry Rogozin. During Rogozin’s tenure, he would periodically hint at a willingness to leave from the ISS, which was in opposition to the official talks between NASA and Roscosmos.

A spokesperson for Roscosmos directed Reuters to Borisov’s comments when the news agency requested clarification regarding Russia’s intentions for a space station. However, she did not specify whether or not Borisov’s statements represented the agency’s official view.

The American and Russian halves of the International Space Station, which together cover an area equivalent to that of a football field and fly at an altitude of approximately 250 miles (400 kilometers) above the surface of the planet, were purposefully designed to be intertwined with one another and to be technically dependent on one another.

For instance, gyroscopes from the United States provide day-to-day control over the orientation of the International Space Station (ISS) in space, and solar arrays from the United States supplement the power supplies that go to the Russian module. However, the Russian module is the one that provides the propulsion that is used to keep the station in orbit.

In an interview with Reuters, veteran NASA astronaut and current astronautical engineering professor at the University of Southern California Garrett Reisman stated that “you can’t have an amicable divorce. It looks like we’re going to be in this together.”

Former Russian space chief Rogozin had previously stated that Russia could not agree to extend its role on the ISS beyond 2024 unless the United States lifted sanctions on two Russian companies that were blacklisted for suspected military ties. Rogozin’s comments were made public in a previous interview. On July 15, Putin fired Rogozin from his position as space head, and replaced him with Borisov, who had previously served as deputy prime minister and deputy defense minister.