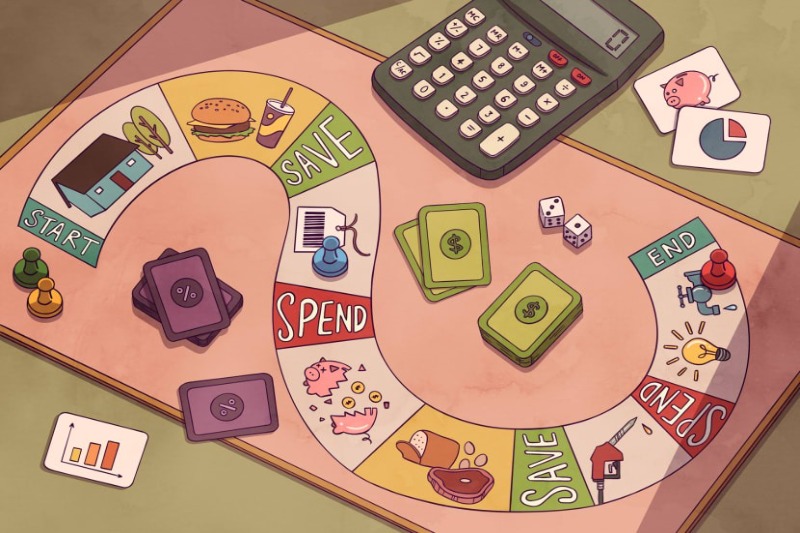 how a family of five saved money despite inflation

How a family of five saved money despite inflation

Mr. Paul Lee frequently made confidential business conversations while driving from his house in Marine Parade to his workplace in Yio Chu Kang, with his favorite radio station playing softly in the background.

However, in order to save money on gas, he has recently begun taking the bus instead of his automobile for the majority of his daily commutes.

When Mr. Lee saw that his family’s spending was going over their monthly budget, he knew they had to do something.

“We first saw price increases related to the (Russia-Ukraine) conflict in early February. I started to hear reports that inflation was on the rise and that interest rates were expected to follow suit,” In his words.

“Therefore, I began exploring other alternatives for cutting costs.”

The main expenses for Mr. Lee’s family were transportation, food, and lodging.

He used to spend S$125 every two weeks to fill up the 60-liter tank of his automobile. However, the price of gasoline has increased to around S$160 for him.

Due to supply constraints caused by the conflict in Ukraine and inflationary pressures, gas prices have risen to record highs. Since Russia’s invasion of Ukraine in late February, gasoline prices in Singapore have increased to between $3 and $3.42 per liter from around $2.80.

Mr. Lee, a business development executive, has saved around S$150 per month by switching to public transportation during the week and reducing his automobile use on the weekends. Moreover, he is able to save the S$14 per day in parking fees that would otherwise be incurred at his place of employment.

“My commute just involves two bus rides… and it stops right outside my office building, where I work,” commented the single provider for his family of three young boys.

In May, food and utility price increases drove Singapore’s core inflation to 3.6% year-over-year, the highest annual rate in almost a decade.

The Monetary Authority of Singapore predicted on July 14 that core inflation, which includes housing and personal transportation costs, will reach 3% to 4% this year.

Mr. Lee’s credit card costs have been on the rise, largely due to his frequent dining out.

It’s a luxury that his family is reluctant to give up, despite the fact that eating out has become more expensive. Mr. Lee is always on the lookout for cheaper substitutes.

Previously, they might have spent upwards of S$120 on a single restaurant lunch.

Now, he explained, “we pick places where the grand total will reach up to S$50, S$60 kind of range.”

Their monthly grocery budget went up from S$500 to S$650. His household began to shop with greater price awareness, and they began purchasing more “house brands” in an effort to reduce their grocery bill.

Changes in how families spend their time together have also occurred, with more time spent outdoors and less time spent at paid activities like indoor playgrounds.

Once every two months, and especially during school breaks, he would take his kids to an indoor playground.

He did not participate in any paid activities with his three sons (ages 9, 7, and 18 months) during the recent June school break, he stated.

They now prefer to go for walks or rides outside or to public libraries. And since museums sometimes offer free admission to locals, they frequently visit those as well. He also mentioned that the fact that they don’t have to wear masks outside makes exploring the outdoors a more appealing alternative for kids.

“We learned the hard way that many options for children can be costly. Considering I have three children, the cost of tickets for them can quickly add up,” That’s what he had to say, she recalled.

Now that he has downloaded apps that give him cash back, he is now more entrepreneurial.

Mr. Lee once organized a collective buy of science journals with his neighbors in order to save money.

Mr. Lee has done some major things lately, including getting his mortgage refinanced.

He delayed making the decision to refinance his home loan for a month, but in the end, he was able to secure a cheaper interest rate.

“After looking at the patterns in the market,” he stated, “where I anticipate potentially coming up inflation and interest rate increasing,” he explained his decision to invest.

Despite shifts in his family’s habits and routines, Mr. Lee has maintained a savings and investment rate of about 20% of his after-tax income.

His actions have prevented a monthly increase in expenses of $600 to $800 that he predicted would have occurred if he hadn’t taken them.
“The costs are roughly the same as they were last year, before inflation. To this point, I’m pleased with the amount of money I’ve been able to put aside,” he remarked.