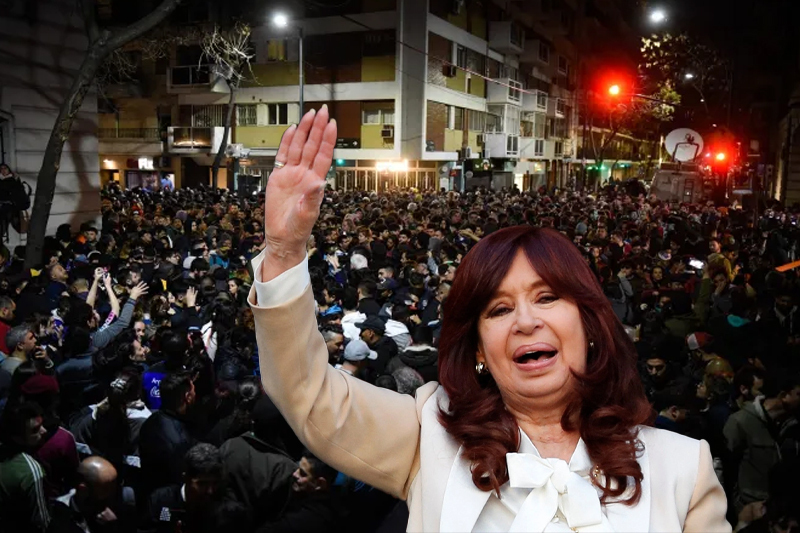 Tens of thousands of supporters of Argentinian Vice President have taken to the streets across the South American country in protest against widespread political violence in the country, showcasing their support for vice president Cristina Fernández de Kirchner, a day after she survived a failed assassination attempt.

The attack has been condemned by the global leaders as well as Pope Francis, as scores of people flooded the cities across Argentina in solidarity with VP Kirchner who is a dominant figure in Argentina’s political landscape.

What appeared to be a failed assassination attempt on Vice president, was broadcast live on late Thursday, as several television cameras caught a man pushing through a crowd of Kirchner’s supporters and then raising a gun to her face. The man was arrested quickly and has been identified as Fernando Andrés Sabag Montiel, a 35 year old Brazilian who has been living in Argentina since 1998. The incident has been described as the gravest incident in history of Argentina since the country returned to democracy in 1983, by Argentina’s President Alberto Fernández.

Buenos Aires born Pope Francis said, “I pray that social harmony and respect for democratic values will prevail in beloved Argentina, against all kinds of violence and aggression.”

On Friday, Buenos Aires located central Avenida de Mayo was jam packed with protesters who were seen waving light blue and white Argentine flags and huge banners that represent the South American nation’s powerful social movements. Juan Pablo Fort Flanagan, a 51-year-old primary school teacher, described the assassination attempt as a “fascist attack”. “What happened yesterday was a shame on our democratic institutions,” he said. “You can think like her or you cannot think like her, but you must respect democracy.”

“It must be made clear that this is in no way an isolated incident by a mentally unbalanced person,” said Buenos Aires governor Axel Kicillof. “It happened in a context [of increasing political confrontation] and that is where we have to act.”