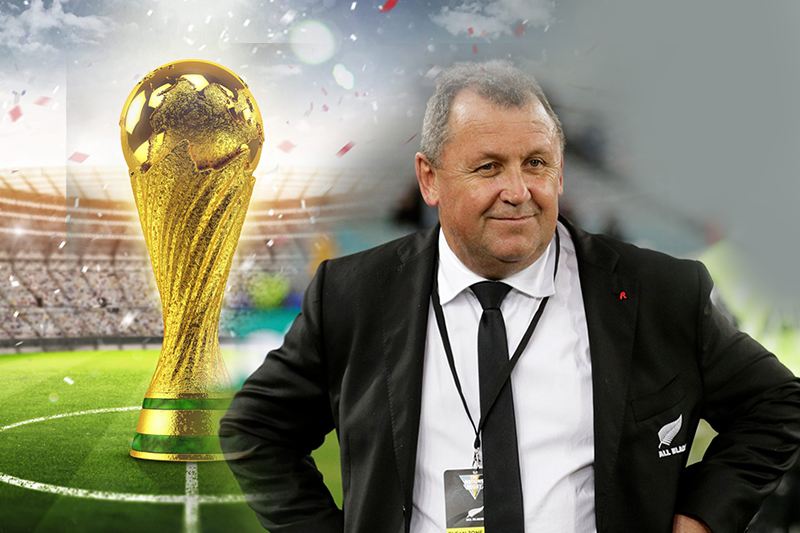 nzr back foster as all blacks coach through to world cup

Foster goes for All Blacks coach, NZR backs this up

On Wednesday, New Zealand Rugby endorsed Ian Foster as the right man to coach the All Blacks through the next year’s World Cup. However, the organization also stated that selector and strategist Joe Schmidt would provide more hands-on support to Foster in this role.

After the All Blacks had a losing streak of three matches in a row against Ireland and South Africa, a lot of pressure was put on Foster, but he was able to breathe a sigh of relief after the All Blacks won their match against the Springboks at Ellis Park on Saturday.

Mark Robinson, the chief executive officer of New Zealand Rugby, recently addressed the media and stated that “some of the actions we’ve seen in recent weeks give us a big amount of confidence going forward.”

“The exchanges that we’ve had with (Foster) have been really terrific… We will continue to support (the staff) all the way through the World Cup.”

Foster, who was seated next to Robinson, expressed his satisfaction at receiving support from the board of directors and the CEO of the company.

As a result of the retirements of a number of world-class players, Foster has had a difficult time achieving the same level of success as his predecessor. Foster was given his current position in 2019 after his former boss Steve Hansen resigned following the conclusion of the World Cup in Japan.

His former assistant coaches John Plumtree and Brad Mooar were fired instead of him after a NZR review following the 2-1 loss in the home series against Ireland in July. However, he was able to survive the review.

As part of that shake-up, Robertson’s former assistant coach Jason Ryan was hired on as the forwards coach, and selector Schmidt was given the responsibility of collaborating with Foster on matters of strategy and attack.

Foster expressed his satisfaction with Schmidt’s expanded engagement in the match-day preparations, despite the fact that the former Ireland coach did not accompany the team to South Africa.

The manner in which NZR and Robinson handled the Foster question drew heavy criticism from both former players and pundits. During a media conference on Sunday, Robinson refused on multiple occasions to endorse Foster as a coach.

After the Ellis Park match, Foster stated that he had “no idea” whether or not he would be the coach of the All Blacks for their next Rugby Championship test against Argentina on August 27. The match is scheduled to take place in Argentina.

“As a consequence of this, there are occasions when we fail to get everything completely right. However, this is not due to a lack of devotion to wanting what is best for the team as a whole.”