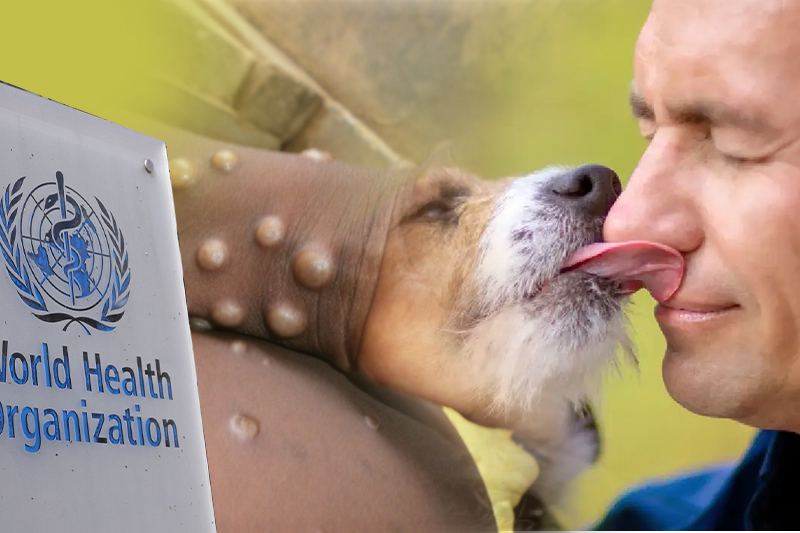 Monkeypox transmission from human to dog, WHO not surprised

Monkeypox transmission from human to dog, WHO not surprised

A theoretical risk up till now, monkeypox infection has been transmitted from human to dog. The first case of human to dog transmission has been reported in Paris in two men and their pet dog. Dr. Rosamund Lewis, technical lead on the monkeypox response for the World Health Organization (WHO). The men who are living together and are in a non-exclusive relationship, had tested positive for monkeypox in early June. Their symptoms had started 12 days later, and at the same time their Italian greyhound dog also became symptomatic.

This has prompted discussions if pets should be isolated from owners detected with monkeypox infection.

According to WHO, the development is new but not all surprising. “This is the first incident that we’re learning about where there is human-to-animal transmission,” Lewis said on Monday during a Washington Post Live event. “This has not been reported before, and it has not been reported that dogs have been infected before.” She added, “It’s not surprising information, and it’s something that we’ve been on the watch out for.” The US Centers for Disease Control and Prevention (CDC) has recently updated its page on monkeypox in animals acknowledging that dogs can be infected with the monkeypox virus. “While we do not know if reptiles, amphibians, or birds can get monkeypox, it is unlikely since these animals have not been found to be infected with other orthopoxviruses,” CDC has said.