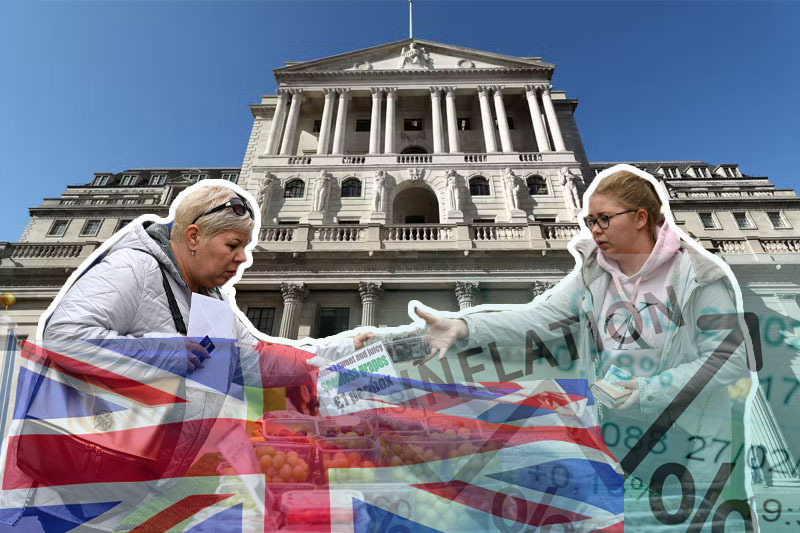 uk must brace for unprecedented levels of inflation

UK must brace for “unprecedented” levels of inflation

A leading thinktank has warned that inflation in United Kingdom will reach unprecedented astronomical levels over coming year, which might force Bank of England to increase the rates of interest much higher and for longer period of time that expected previously. The thinktank, National Institute of Economic and Social Research has also predicted a long recession that would continue into the next year, impacting millions of most vulnerable households across the country.

NIESR has noted that continuous rise in gas price rises and the escalating cost of food, as a result of Ukraine war, would push the inflation to 11 per cent before the year end. The thinktank added that the retail prices index (RPI), which is used to set rail prices and student loans repayments, is also expected to hit the mark of 17.7 per cent. According to Stephen Millard, the institute’s deputy director, “the economy would contract for three consecutive quarters, shrinking the 1 per cent by the spring of next year”.

He added, “There will be no respite for British households and businesses from astronomical inflation in the short term and we will need interest rates up at the 3 per cent mark if we are to bring it down”.

Furthermore, NIESR underlined that with government of UK stepping in for support of vulnerable households, average incomes will see a record fall of 2.5 per cent this year. This will create an income lull in the country, forcing millions to use up their savings or use credit to pay for essentials like food and heat this year in winters. In its half-yearly economic health check, the thinktank said “the number of households with no savings was set to double to 5.3 million by 2024. Families in the north-east, which rely heavily on public sector jobs, were the most likely to see their savings disappear after using them to pay for day to day bills”.

The Bank of England said in May that inflation will rise above 10 per cent and then fall rapidly as “interest rates of about 2 per cent began to depress consumer demand”. NIESR expects the Bank to “continue hiking rates until they reached 3 per cent and keep them in place for longer than previously expected to bring inflation down to 3 per cent by the end of next year”.