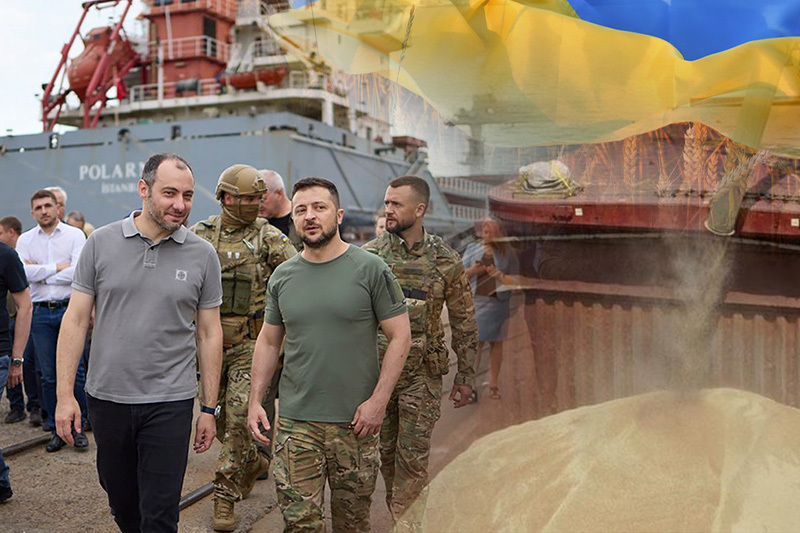 A ship carrying Ukrainian grain has left the port of Odesa in Ukraine on Monday morning. The first ship bearing grain from Ukraine since the Russian invasion of Ukraine is destined for Lebanon. The Sierra Leone-flagged ship Razoni is carrying 26,000 tonnes of corn. The sail of ship was result of weeks long negotiations between Ukraine and Russia, led by Turkey and the United Nations, and is finally a step towards easing the rising global food crisis.

Since the start of Ukraine war, Russia has been blocking Ukraine’s ports creating a catastrophic shortage of food grain worldwide. United Nations had issued a warning that this could be a precursor to hunger catastrophe.

“Ukraine, together with our partners, has taken another step today in preventing world hunger,” Oleksandr Kubrakov, Ukraine’s infrastructure minister, said on Monday. He added that Ukraine has done “everything” in its power to restore ports’ operations, highlighting that this lifting of blockade will bring in $1 billion in foreign exchange revenue for Ukraine.

The first 🇺🇦 grain ship since #RussianAggression has left port. Thanks to the support of all our partner countries & @UN we were able to full implement the Agreement signed in Istanbul. It’s important for us to be one of the guarantors of 🌏 food security. pic.twitter.com/jOz3bdmdfB

Ukraine is one of the largest grain producers in the world. About 20 million tonnes of grain were stuck in Ukraine waiting to be exported as the Russian blocade of ports led to a global crisis. The worldwide grain shortage led to increase in prices, pushing famine conditions in countries specially in the Middle East and Africa.

The UN deal that opened the blockade

The new deal was brokered by United Nations through the talks between Russia and Ukraine led by Turkey. UN Secretary General Antonio Guterres has welcomed the departure of the ship from Odesa and lauded Turkey for its role in facilitating the agreement.

Under the deal, Russia has agreed “not to target ports while shipments are in transit and Ukraine has agreed that its naval vessels will guide cargo ships through waters that have been mined”, BBC noted. The exports of grain are said to be through three Ukraine ports – Odesa, Chornomorsk and Pivdenny.