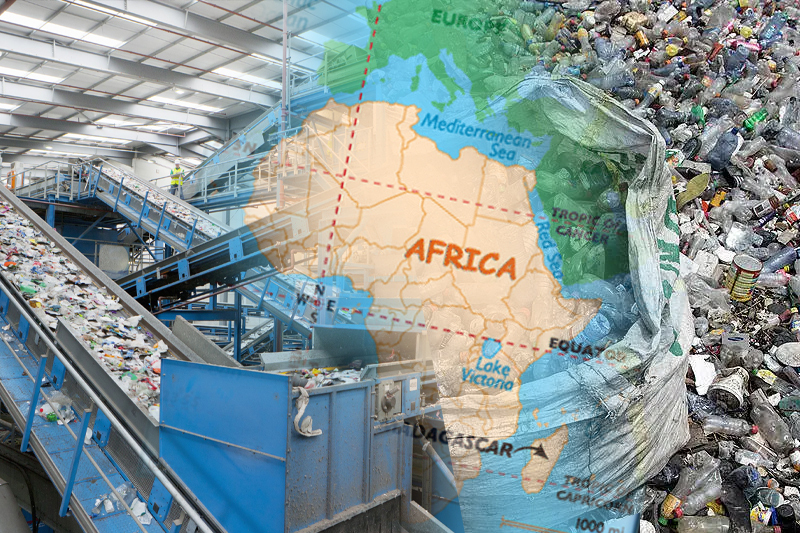 Egypt is leading the fight against climate change in Africa as it takes on an initiative to recycle 50 per cent of Africa’s waste by 2050. This presents a boost from present estimate of recycling by 10 per cent. The initiative called “50by2050” will be introduced in aggregation with the UN climate summit Cop27, which is scheduled to take place in November in Sharm El Sheikh.

Egypt’s Ministry of Environment in collaboration with the global management consultancy Roland Berger is seeking to bring public and private partners together for the big task of reaching the recycling goal for the continent. As noted by the Cop27 organizers, this would be the first time in history of Cop that a “holistic coalition will be launched to address waste challenges and reduce the sector’s climate change impact”. Hani Tohme, Roland Berger senior partner and head of sustainability in the Middle East and North Africa region, told The National that during Cop the topic of waste and recycling has never been a topic of discussion, “even though they talk about climate action and climate change and emissions”. “We wanted to put waste on the table,” he said.

“Cop27 provides the right opportunity to address the waste issue because Egypt is among the biggest in the region, when it comes to the size of the population, the GDP and how much waste is being produced and it is “considered key” to the African continent,” said Mr Tohme.

More than 45 public entities have expressed their support and commitment to participate in the initiative after the first meeting with about 60 private sector partners having joined the initiative after the second. The final list will be announced at Cop27. “It is important to have partners in all African countries, but I have to say that without the private sector, it will not reach the success desired,” Minister of Environment Yasmine Fouad said after the August meeting.

In June heading towards the goal, Egypt’s Suez Canal Economic Zone signed an agreement with US company H2 Industries towards building a $4 billion waste to hydrogen plant in East Port Said. It is estimated that the value of recyclables that “could have been recovered” in Africa in 2014 was $8 billion, which will grow to $60 billion in 2050. “This is an industry by itself,” Mr Tohme said. “Through this initiative, we’re going to link those who want to fund with those who want to be funded.”