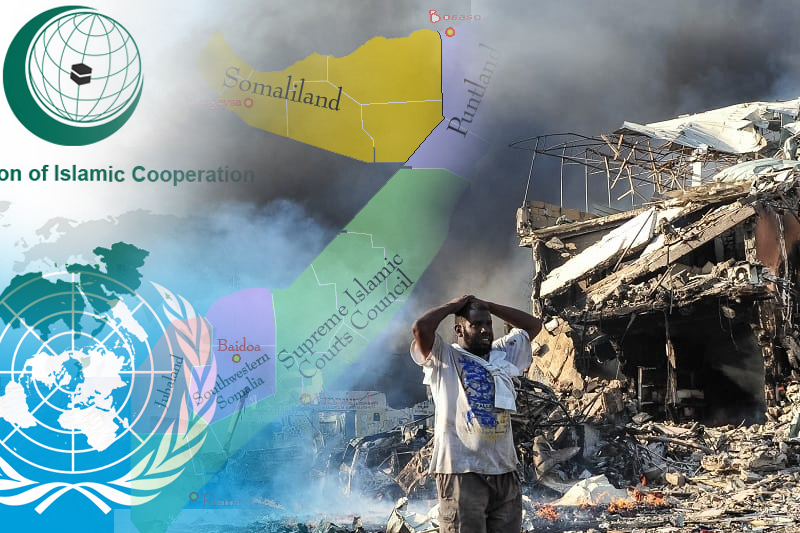 Jeddah-based OIC (Organization of Islamic Cooperation) and the United Nations on Sunday joined global condemnation against the terrorist attck in a Somalia based hotel. Up until now the Somalian allies, including the US, Britain, Egypt, and Turkey had condemned siege of Mogadishu based Hayat hotel, that killed at least 21 people.

On Sunday, the police and the military in Mogadishu announced that Somali forces had ended the siege at the Hayat and had successfully freed 106 people, including women and children.

Hissein Brahim Taha, OIC secretary-general, expressed strong criticism of the heinous act in Mogadishu and extended his solidarity with the victims’ families, the government, and the people of Somalia. He also reiterated the principles of OIC that position the organization “against terrorism in all its forms and manifestations”.

Saudi Arabia’s Ministry of Foreign Affairs also condemned the attack, reiterating the position of KSA of “rejecting all forms of violence, extremism, and terrorism, expressing condolences and sympathies to the families of the victims, the brotherly Somali government, and people.” The Egyptian Ministry of Foreign Affairs said the country affirmed its “full solidarity with Somalia in this painful affliction, stressing its total rejection of all forms of violence, extremism, and terrorism.”

Somali forces on Sunday ended the siege a Mogadishu based hotel after it was attacked by Islamic extremist gunmen, one of the most deadly and high-profile attacks to have hit Somalia in recent years. At least 20 people are said to have been killed and 40 injured during the attack claimed by the al-Qaida-linked group al-Shabaab. According to witnesses, large sections of the high profile Hayat hotel were destroyed in the siege.

The hotel was retaken after around 30 hours. “The security forces have ended the siege now and the gunmen are dead, we’ve had no incoming gunfire from the building in the past hour,” a security commander told Agence France-Presse.

Samira Gaid, executive director of the Hiraal Institute, a Mogadishu-based security think tank, has called the attack a warning to the new government and allies. “The complex attack is to show that they are still very much present, very relevant and that they can penetrate government security and conduct such attacks,” she said.