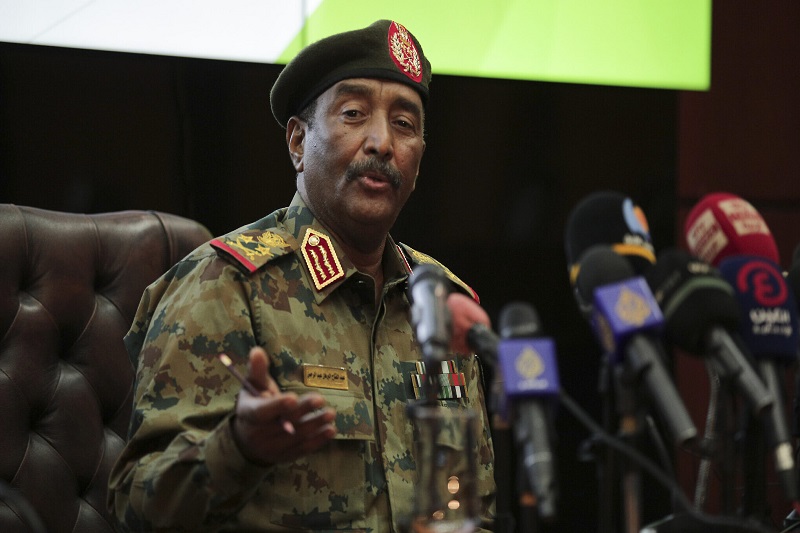 After a military coup that took place in October last year, Sudan’s Sovereign Council Chief General Abdel Fattah Al-Burhan is indicating intensions of easing tension. With the coup that conspired six month’s back, Burhan organized himself along with other military leaders and ended a two-year power-sharing arrangement with a civilian political coalition following the ouster of Omar al-Bashir.

Since then, Burhan has noticed how the situation had been deteriorating economically and the security situation in the country has also not been great. Speaking over the betterment of the country, Burhan is now proposing solutions for the peace of the land, based on amicable dialogue.

Burhan said that while there were no “political detainees,” he met with the public prosecutor and the head of the judiciary to discuss expediting the release of detainees, among whom are key civilian political leaders.

Since the coup, some 94 people have lost their lives in various security crackdowns. He also said they discussed the possibility of reducing the current the state of emergency. Such steps have been often requested by the international community as trust-building measures.
Burhan said these steps came in the context of concessions made by some political groups toward coming to an agreement. This agreement was under consideration, presented by parties aligned with the military, to form a new government.

Here, he has made it clear that power should not be concentrated in the hands of any one player. Burhan had previously said that the military would only hand over power to an elected government. In his latest comments, he once again called for political parties to come to a consensus.  In comments before and after the coup, military leaders accused the civilian coalition of monopolizing power. Burhan also said that court orders that led to the return of scores of civil servants associated with the Bashir regime would be reviewed.