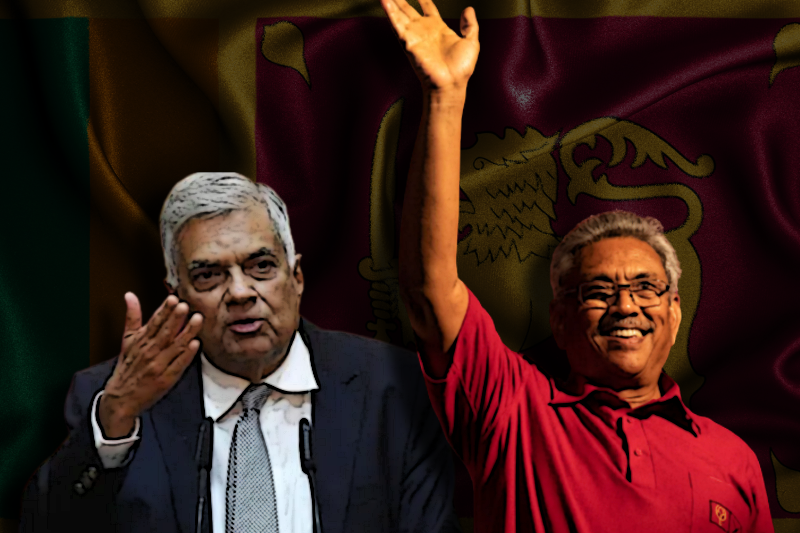 Beleaguered president of Sri Lanka Gotabaya Rajapaksa has brought in a new prime minister, the veteran five time PM of the Asian island country Ranil Wickremesinghe. He is going to replace Rajapaksa’s brother, the prime minister who resigned amid continuing days of violent protests in the country.

The newly appointed Prime Minister will be heading the “unity government” and find a way to reel out the country out of its worst ever economic crisis since it gained independence.

The Prime Minister of Sri Lanka is 73 year old strong leader of the country’s political arena for more than four decades. Prime Minister Wickremesinghe had last served as the PM of Sri Lanka during 2015 – 2019. This was when he had unseated the powerful and dominating political clan Rajapaksa from the position that had been in power for over a decade.

He is the head of UNP, United National Party. Though it has only one seat in the parliament, the Wickremesinghe led government has the support in majority of 160 out of 225 MPs. “He is being sworn in as prime minister … because a number of members of parliament have asked him to take over and solve the country’s problems,” a party member said.

Work for the people

Immediately after taking oath, Wickremesinghe visited a Buddhist temple. “We want to return the nation to a position where our people will once again have three meals a day,” Wickremesinghe said while talking to the reporters. “Our youth must have a future.” He stressed that he would be working together with both the ruling party as well as the opposition party to find solutions to the crisis and bring some respite to hardships of the people.

The country has been reeling through an unprecedented economic crisis. The people of country are struggling under food, fuel shortage along with surged prices of same and other essentials. This has triggered mass protests across the country against the government, demanding action against the widespread corruption and economic crisis.