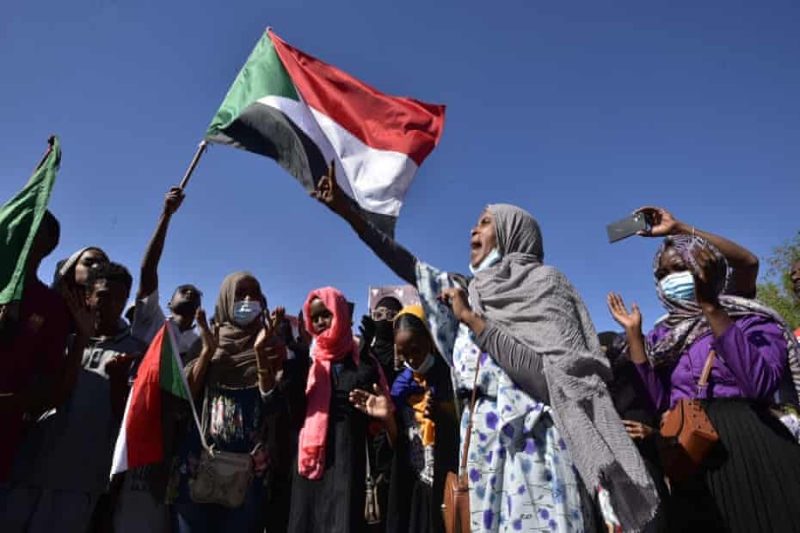 Sudan is braving lockdowns as it gears up to continue its protests against military coup and loss of democracy. Communications links remained cut and protestors were threatened with violated human rights measures like use of force and tear gas.

Similar anti-coup protests lead specially by the youthful Sudanese have been seen in Madani, south of the capital, and the cities of Kassala and Port Sudan in the east. Pro-democracy activists have kept up a campaign of street demonstrations against the army’s takeover, despite a crackdown that has seen at least 48 people die in protest-related violence, according to the independent Doctors’ Committee.

It is worth noting that the internet access seems to have been systematically cut off. Activists have been using social media to communicate venue and time of protests. This has been done to thaw their attempts largely, a common practice being used in other countries where autocratic rule is becoming predominant. Earlier on, Iran had done something similar, which was severely ridiculed by the international community.

For the first time, authorities also cut all phone lines, both international and domestic. Pro-democracy activists have kept up a campaign of street demonstrations against the army’s takeover, despite a crackdown that has seen at least 48 people die in protest-related violence, according to the independent Doctors’ Committee.

The security forces had deployed in strength across Khartoum in anticipation of Thursday’s demonstration.

Army and police patrols criss-crossed the streets, while shipping containers blocked the Nile bridges that connect the capital with its northern suburbs and its twin city Omdurman. The bridges were blocked off for the last protests on December 26, when tens of thousands took to the streets.