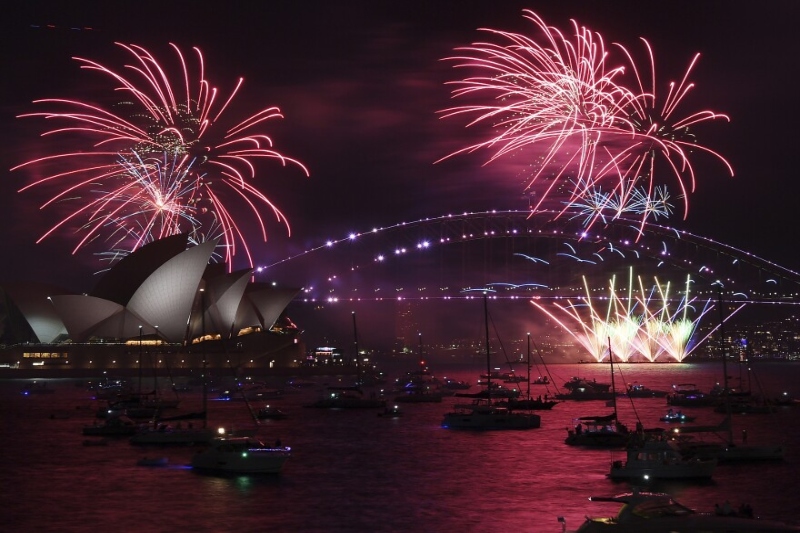 Despite Sydney being one of the worst hit cities in Australia, it has decided to celebrate New Year with as much enthusiasm as it has been celebrating it in any normal year. On Friday, Australian authorities encouraged revellers to enjoy this time and come out of their houses to enjoy the festivities.

The current dynamics suggest that many of them will be gathered to flock to prime harbourside spots to watch Sydney’s famous fireworks, which is the traditional 12-minute pyrotechnic display to welcome the new year. The queuse already started to line up in the early morning.

“While case numbers are substantially increasing, compared to where we were with the Delta variant, our position remains incredibly strong,” NSW Premier Dominic Perrottet.

This was after Prime Minister Scott Morrison had wished people to “enjoy the evening” despite a record that came earlier that day which said that the daily infections doubled to a record stat of  21,151 on Friday.

Many countries have taken a back seat on new years celebrations but despite the risk factors, the Australian authorities are adamant about going ahead with the celebrations.

Omicron is the latest variant of Covid-19 and as per experts, it is way more transmissible than these other variants.

As far as the Covid-19 situation is concerned in the country, out of more than 135,000 active cases in Australia, only 127 people are in intensive care, according to official data.