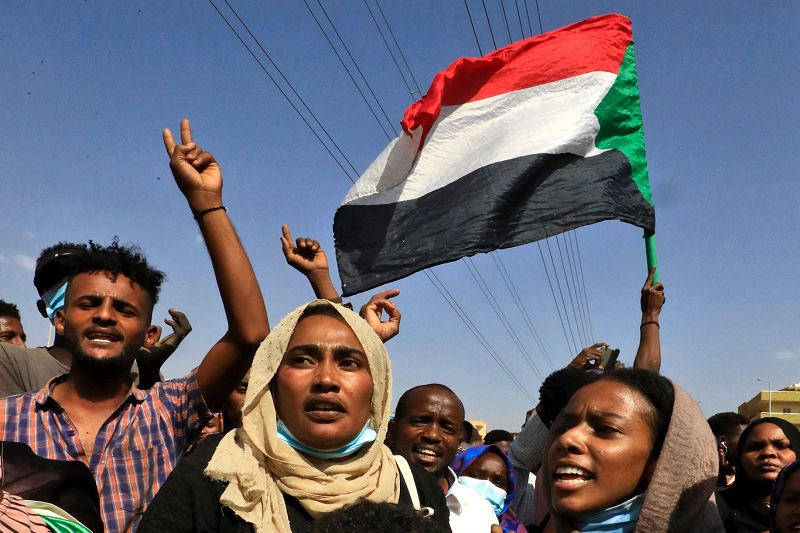 Sudan -More than 200 export firms have found their bank accounts frozen by the Central Bank of Sudan for failing to deposit revenues locally. The move by the central bank is aimed at seeking an easing of a chronic shortage of the foreign currency as donors halted assistance worth billions of dollars following a coup in the African country.

Total 208 businesses had got their accounts frozen by Central Bank on February 17 – the majority of these exporting businesses are from the agricultural sector. “We decided to block the bank accounts of the listed companies below because they didn’t commit to bank the revenues from their exports during past periods,” the central bank said in the document that was sent to these businesses. Finance Minister Gibril Ibrahim hasn’t responded to a request to comment on the decision. However, last month speaking on the state radio Ibrahim had said that the government would be taking “appropriate measures” to require the exporting firms to domestically cash in their revenues.

At least $3 billion worth of financial assistance to Sudan has been suspended by the United States of America, Europe, and many other global financial institutions like the World Bank. The withheld support for this year would have helped Sudan in sectors including electricity, irrigation, and education sector projects. This support suspension along with many exporters in the country ‘expatriating’ their profits has inflicted fatal blows on the country’s economy.

Four months after the Sudanese coup in October 2021, the economy of the country is rapidly and increasingly coming under pressure. Weakening of the local currency in recent days, reaching about 450 pounds to the dollar in the informal market while the official exchange rate stands at 443 pounds, is further amplifying the already stressed financial state of Sudan. The North African country that was hoping to rejoin global markets after dictator Omar al-Bashir was overthrown in 2019, has been forced to revise its growth target and bring it down to 1.4 per cent for 2022.