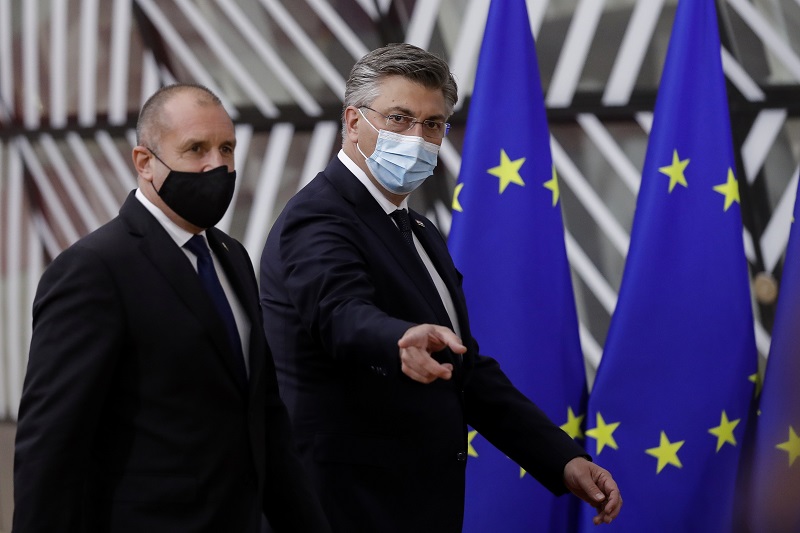 Belarus – The European Union is pondering new restrictive measures against Belarus in a bid to close loopholes in the existing sanctions.

According to EU officials, the bloc will proceed with the sanctions if Minsk participates in an invasion of Ukraine.

The discussion comes amid growing concerns in Western countries over a possible Ukraine invasion by Russia.

The authoritarian leader of Belarus has linked his survival to Russian President Vladimir Putin. He has turned his country of 9 million into a Kremlin ally in the growing confrontation with Kyiv.

Russia has nearly 30,000 troops in Belarus and is holding military exercises with Belarusian forces. The soldiers are about 100 kilometres north of Kyiv.

On Friday, Lukashenko was in Moscow to meet Putin, where he insisted that he didn’t want war. The Belarusian President said the West was scaring the world by saying that Ukraine was about to get attacked, surrounded, and destroyed. “But we never had any such plans,” he clarified.

Moscow also denies that it is planning an invasion.

Amid the surging tensions, the EU told non-essential staff to relocate from the Ukrainian capital. Moreover, Ukraine is asking the EU to provide military training and emergency support.

Kyiv made a request this week for emergency assistance that includes electricity generators, medical supplies, and other first-aid equipment in case of an attack from Russia.

EU countries have avoided sending weapons to Ukraine but are considering heeding these requests under the umbrella of the EU civil protection mechanism.

Ukraine has requested EU support against possible Russian hybrid and cyberattacks. According to diplomats, that would be discussed at Monday’s meeting together with plans for an EU military training mission in Ukraine.

It must be remembered that sanctions on Belarus were imposed after Lukashenko crushed protests following countrywide polls in August 2020 and have been further tightened several times since then.