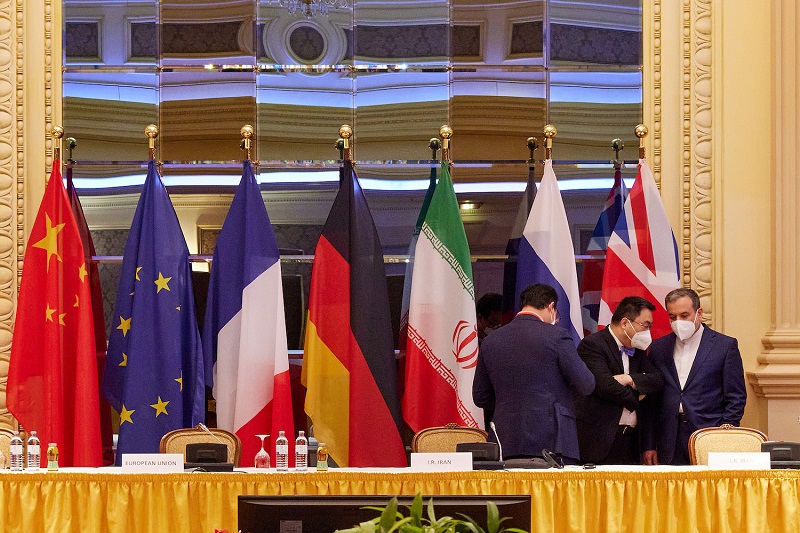 Russia-Mikhail Ulyanov has reported “significant progress” in reviving a landmark 2015 agreement as it enters its final stage.

Ulyanov is Russia’s top diplomat at the nuclear talks in Vienna. He is representing Russia in the negotiations, saying that assessments of the prevailing situation in Vienna were “positive.”

His statement comes amid a tense standoff between Iran and the US over how to restore the nuclear deal.

Ulyanov didn’t give further details but said in a tweet that the talks were “at the final stage.”

Meanwhile, a senior Iranian security official has said that progress in talks to save Iran’s 2015 nuclear deal was getting “more difficult”. He said Western powers “pretended” to come up with initiatives but didn’t walk their talk.

The talks in Austria between the United States and Iran resumed last week after a 10-day break.

Delegates said the talks made limited progress since they resumed after a five-month hiatus in November, prompted by the election of Iranian President Ebrahim Raisi.

Then-President Donald Trump announced to pull the United States out of the deal in 2018, imposing punishing US sanctions on Iran’s economy, slashing its vital oil exports.

Iran responded by violating many of the deal’s restrictions, enriching uranium and using advanced centrifuges to hone its skills in operating those machines.

Ulyanov said significant progress had been made in the course of negotiations.

Russian Foreign Minister Sergei Lavrov said Thursday that there was a long way to go before the 2015 agreement could be revived. Iran’s advances were curbed in exchange for the US loosening its economic sanctions.

The agreement imposed tight restrictions on Iran’s nuclear activities to stop Tehran from producing enough fissile material for a nuclear bomb. Iran, on the other hand, denies seeking atomic weapons.