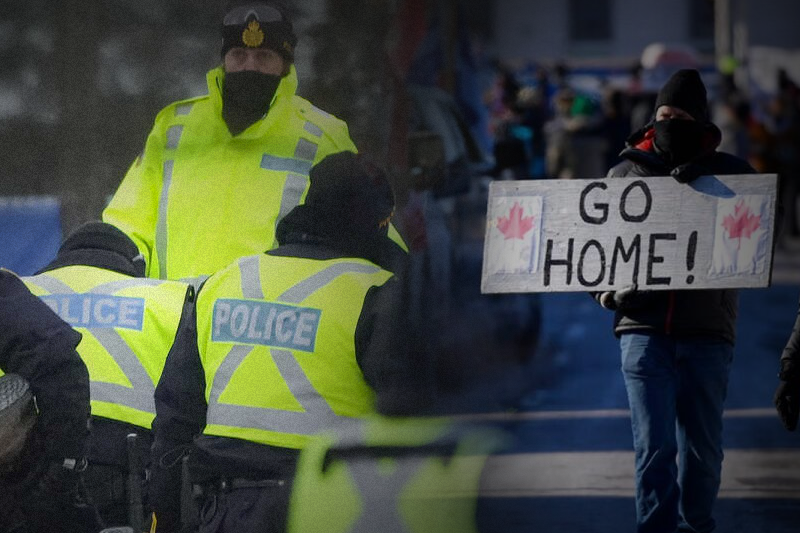 The busiest and undeniably most crucial border crossing bridge between United States of America and Canada reopened late Sunday after “truck protesters” had blocked it for almost a week demonstrating against Covid-19 restrictions in Canada. Esther Jentzen, spokeswoman for Detroit International Bridge Co. said that the bridge had reopened for traffic at 11 pm EST. The company said in a statement that “the Ambassador Bridge is now fully open allowing the free flow of commerce between the Canada and US economies once again.”

The Ambassador Bridge is a critical border crossing between the two North American countries facilitating passage for about 25 per cent of all trade between the neighbors. The blockade by protesters from the Canadian side had heavily tolled on business in both countries.

Canadian police issued multiple warnings on Sunday, warning that arrests would be made with vehicles towed after dawn near the bridge that links the American city of Detroit and the city of Windsor, Ontario. By Sunday afternoon, the majority of the protesters had left the area, and vehicles were removed that were blocking the way. After that the bridge reopened for traffic just before midnight on Sunday. “Today, our national economic crisis at the Ambassador Bridge came to an end,” Windsor’s mayor, Drew Dilkens, said.

Meanwhile, the widespread protests against Covid-19 restrictions have practically paralyzed the Ottawa downtown. The infuriated residents are voicing their anger over inaction by police against the protests, turning up the pressure on Canada’s Prime Minister Justin Trudeau. “The whole city is furious at being abandoned by the people who are supposed to protect us. They have completely abandoned the rule of law. @OttawaPolice has lost credibility. #OttawaPoliceFailed,” tweeted Artur Wilczynski, a senior government national security official at Canada’s Communications Security Establishment.

The protests in this context are spreading across the countries with convoys in the similar directions being held in France, New Zealand, and the Netherlands. Furthermore, the United States Department of Homeland Security has signaled warnings of similar protests in works in the country.