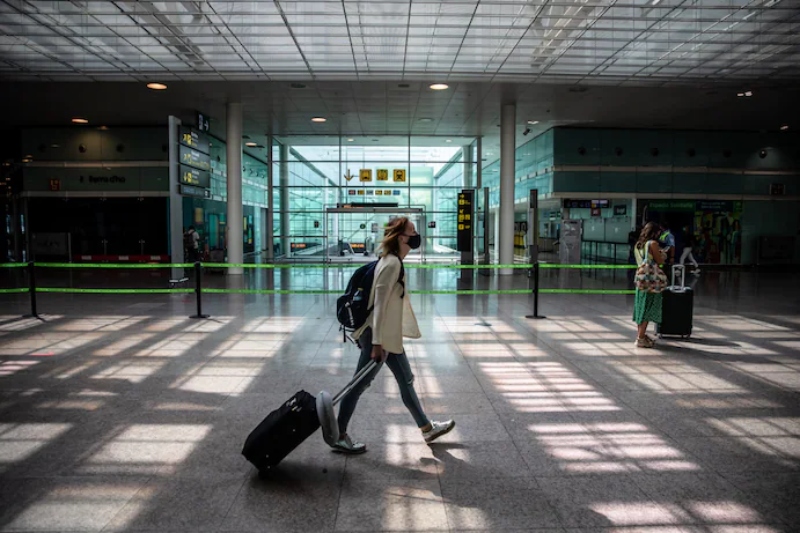 The borders of the United States remain closed to most European travelers, even if vaccinated, and the Delta variant – writes the New York Times – could be a further obstacle to reopening. While in June, the European Union recommended member countries to reopen their borders to the Americans, Washington did not do the same even if Europe passed the United States in the vaccination campaign.

European leaders are calling for reciprocity. “We insist that similar rules apply to arrivals from both directions,” said Ursula von der Leyen, president of the European Commission, during a press conference last week. There are those in the Union who thought of reacting by re-imposing restrictions on American travelers, but in the end, the desire to fuel summer tourism prevailed.

The situation affects both Europeans who are “stuck” in America (they can leave the country but then have no guarantees of return to work) and those who have been offered a job in the United States and do not know whether to accept it. Then some would like a different treatment for families than tourists: those affected by the Atlantic, for example, unmarried partners with two passports, entrust their protests to the hashtag #loveisnottourism on Twitter.

The “travel ban” from the Schengen area, the UK, and Ireland was set up by then-President Donald Trump at the start of the pandemic. Trump lifted the restrictions in the final days of his term, but President Joe Biden reinstated them shortly after taking office. The White House – writes the New York Times – has offered little explanation as to why the restrictions have not been lifted, even in the face of the fact that there are no other countries with worse infection and vaccination rates than Europe. White House spokesperson Jen Psaki quoted concerns over the spread of the Delta variant at a press conference. The travel ban is also in force for five other countries with high rates of contagion: Iran, South Africa, Brazil, India but also for China, where it is lower than in America.

There are some exceptions for US citizens, Green Card holders, and family members of US citizens under 21. And there is the possibility of obtaining a “National Interest Exception” to enter, for example, with a journalistic visa. Some people from travel ban countries enter the United States after spending 14 days in a third country, for example, Turkey or the Dominican Republic, even if there may be higher infection rates than in Europe.

On Monday, Canada also lifted restrictions on US citizens’ access as long as they are vaccinated and provide a negative test but the US is currently maintaining the ban for Canadians, at least until August 21. But the Biden administration is starting to plan for the phased opening. The US-Canada border has been closed except for “essential” travel since March 2020.

Protests against the green pass break out in Italy