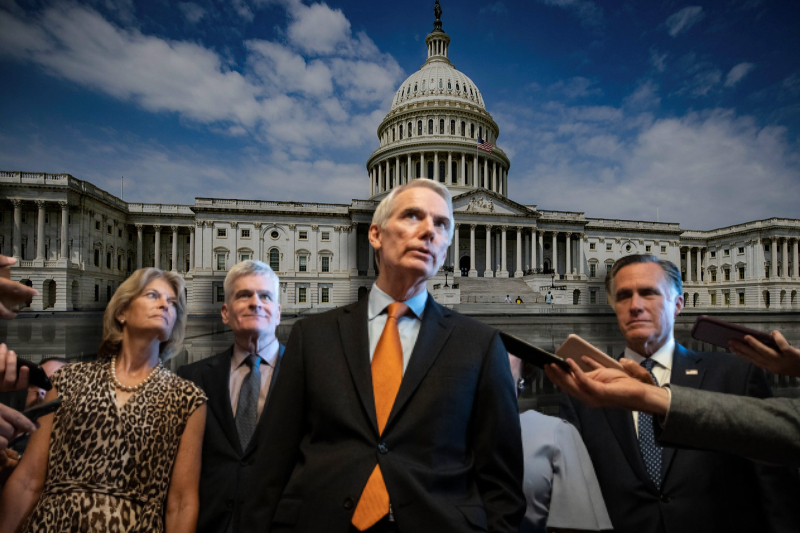 From the much-debated and heated topic of the US Infrastructure Bill, finally Senate moved closer to passing a $550 billion package. It didn’t happen overnight, rather a drawn-out debate pushed action into allowing the proposed changes to be considered. In the meeting to discuss the bill, 18 Republicans and 50 senators joined with Democrats to limit debate on the bill.

On receiving a vote on the bill, Senator Schumer will set the stage for Democrats to pass the remainder of President Joe Biden’s economic agenda. Schumer mentions that it has been a while, but it’s going to be worth it, Several proposed amendments to the infrastructure legislation including one sought by industry to alter language in the bill imposing new tax rules on cryptocurrency transactions were left in limbo with no immediate path to a vote unless all 100 senators agree.

However, the bill was objected to by Senator Kyrsten Sinema of Arizona, as he was not happy with the bipartisan package and objected by drawing a rebuke on the same. Sinema added that Democrats’ true intention is to rush this bill through so that they can hurry up and light the fuse on their $3.5 trillion spending spree, a socialist debt bomb, then leave town for vacation. Although the Senate is moving forward on the infrastructure legislation, agreement on a last batch of amendments was elusive.

China Comes Closer To Ukraine To Russian And American Discomfort

Looking at all the arguments and moving through the bill Schumer concluded that these amendments are no longer in order, but the senators backing a change in how cryptocurrency is dealt with in the legislation were pushing for a chance for a vote. A dispute remains over wording in part of the bill that would require cryptocurrency entities to report transactions to the IRS.

Looking at the brighter side, and actually working for a broader cause of advancement, series of amendments to the legislation have been carried out through votes to decide on the investment in the country’s roads and highways, public transit, water systems and broadband.