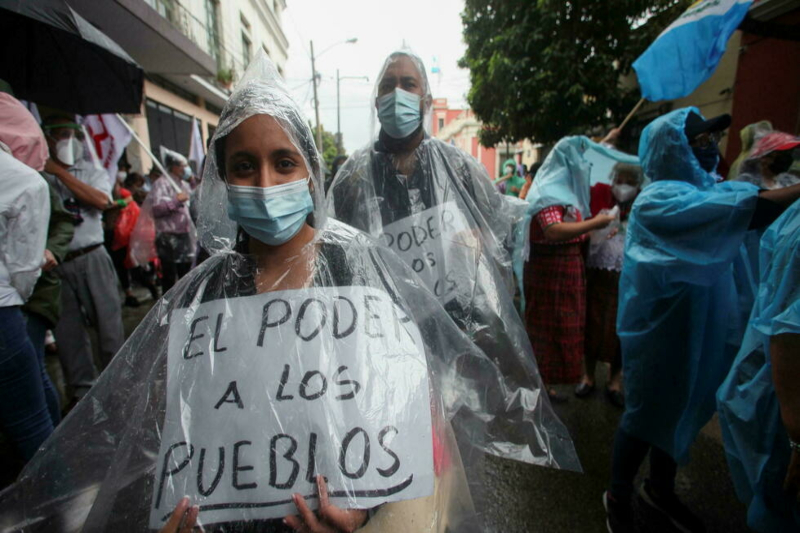 Members of one of Guatemala’s most prominent farmers and indigenous groups, on Monday, blocked roads across the nation, calling on the President and his attorney general to resign over the firing of a top anti-graft prosecutor.

It happened for the third time in the last 15 days that people took to the streets to force the ousting of Juan Francisco Sandoval – head of the Special Prosecutor’s Office Against Impunity (FECI). He was investigating potential acts of corruption by Giammattei.

Police in Guatemala City patrolled government buildings while on the outskirts of the capital as CODECA – the farmers’ rights group – placed wood fitted with nails across highways to stop cars from travelling.

Guatemalan media and social media showed images of roadblocks in other parts of the country.

“We are asking for the resignation and investigation of President Giammattei and Attorney General Consuelo Porras,” Telma Cabrera, a leader of CODECA and former presidential candidate for the Movement for the Liberation of Peoples Party, told reporters.

Many university students also joined the protests organised by CODECA, which said it plans to have roadblocks throughout the day.

The protests highlight growing frustrations in Guatemala over the dismantling of judicial independence and corruption. In 2015, such anti-corruption demonstrations brought the downfall of then-president Otto Perez Molina.

Experts, however, claim that with an approval rating floating around 20%, Giammattei seems pretty secure in his job right now.

They see Sandoval’s removal as part of the reason why Giammattei may feel comfortable, as it has left few independent figures in the country’s justice system.