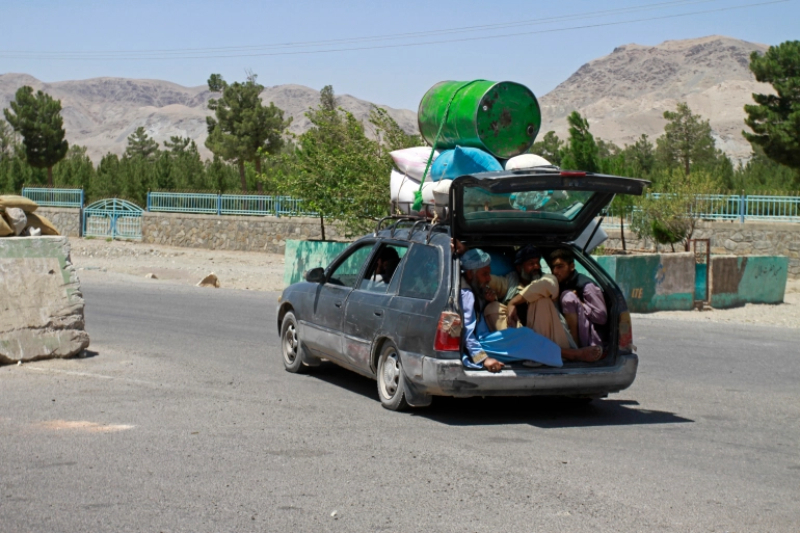 The Taliban, in four days, has captured the sixth province in Afghanistan – the armed group’s spokesman said on Monday.

Messages were sent forth to the media, claiming that the group has taken over Aibak – the capital of the northern province of Samangan.

Sar-e-Pul, Kunduz, and Taluqan in the north fell within hours of each other on Sunday, officials in the cities and the Taliban confirmed.

A Taliban statement said it had captured the governor’s compound, police headquarters, and prison in the important northeastern city of Kunduz.

Local sources confirmed that Taliban fighters are present in the capital.

Qatar will host 2,000 Afghan families on request from America

Tanker attacked off Oman: UK, US blame Iran, Israel claims to have ‘evidence’ of Tehran’s role

“Heavy clashes commenced yesterday afternoon, all government headquarters are now Taliban’s control, only the airport and the army base is with ANDSF [Afghan security forces] from where they are fighting the Taliban,” said Amrudddin Wali, a member of Kunduz provincial assembly.

Health officials in Kunduz said about 14 bodies, including those of women and children, and a total of 30 injured people have been taken to hospital.

“We don’t know what is currently going on externally because all our efforts and attention is on the patients coming in,” a doctor from a Kunduz hospital said.

The Taliban, in a statement on Sunday, said its fighters have also captured the city of Sar-e-Pul – the capital of the northern province of Sar-e-Pul.

A provincial council member of Sar-e-Pul province, Mohammad Noor Rahmani, spoke to the international media that the group has taken control of all government buildings in the capital and has driven officials out of the city to a nearby military base.

A women’s rights activist in Sar-e-Pul, Parwina Azimi, said that government officials and the remaining forces had withdrawn to an army barrack about 3km (2 miles) from the city.

On Sunday evening, the Taliban announced on Twitter that it had taken the capital of Takhar province – Taluqan.