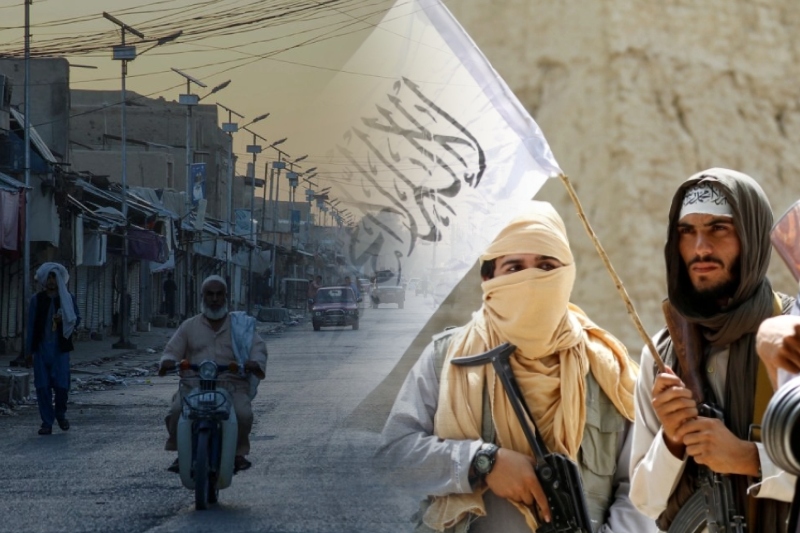 Life in Afghanistan is in limbo – people have no idea what tomorrow brings amid raising concerns and living in profound fear. Kandahar, the second largest city of war torn country has been seized y Taliban. This is as the insurgent group continues its aggressive towards the capital city of Kabul.

The southern city of Kandahar has been besieged by the Taliban for weeks now, with experts noting that fall of this critical city would be end of US backed Afghanistan government. Exit of US troops has been the beginning of Afghanistan’s downfall as Taliban has reinitiated its offensive to take back the territory. Kandahar’s fall is a massive blow to Afghan government and a big win for the militant group. Once under Taliban’s stronghold, Kandahar is a critical hub for trade. The city lies at juncture of three main highways in the country, and thus is of strategic importance. With seizing Kandahar, Taliban now has taken control of 13 out of 34 provincial capitals of Afghanistan.

What makes Kandahar so important?

Kandahar is the birthplace of Taliban, regaining its control back was a ‘prize’ for the group. The city is of strategic importance due to its international airport, agricultural and industrial output and one of the main trading hub in Afghanistan.

China Comes Closer To Ukraine To Russian And American Discomfort

Tanker attacked off Oman: UK, US blame Iran, Israel claims to have ‘evidence’ of Tehran’s role

Ghazni was another provincial capital to be seized by Taliban on Thursday evening. Ghazni lies 93 miles south of Kabul and is on a major highway that connects capital Kabul with Kandahar. Ghazni capture has put Taliban in a very favorable position with control of key locations in both north and south of Kabul.

Panic in US as it sends in troops for evacuation

US intelligence has assessed that with rapid Taliban progression, it is estimated that Kabul can be isolated by the group in next 30 to 60 days. This would increase chances of Afghanistan capital falling down to the insurgent group.

Taliban is quickly progressing taking control of new Afghan territories after US troops withdrew from the country after 20 years. United States is planning to send in around 30,000 troops back into Afghanistan to evacuate its embassy staff urgently. Special flights would be operated by US from Kabul airport for evacuation. The UK too is sending about 600 troops to help evacuation of British nationals.