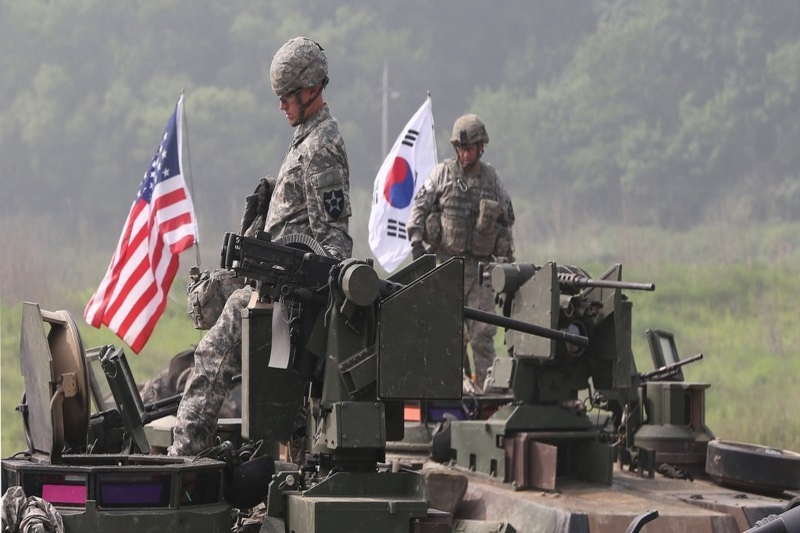 The sister of North Korean leader Kim Jong Un and a powerful North Korean official in her own right has criticized South Korea’s act of going ahead with joint military drills with United States. She has said that actually South Korea needs to pay a price for doing this.

According to reports shared with Reuters, South Korea and the United States began preliminary training this week and larger, computer-simulated exercises are scheduled for next week. Obviously, this isn’t looking very palatable for North Korea.

This might hamper the new lines of communication that have opened between Washington and Pyongyang, only because of the sensible leadership efforts put in by President Biden. This will also affect thawing relations with South Korea.

Speaking about the whole exercise, Kim Yo Jong said in a statement carried by North Korean state news agency KCNA that the exercises were an “act of self-destruction for which a dear price should be paid as they threaten the safety of our people and further imperil the situation on the Korean peninsula.”

The accusation has been put on South Korea of playing the double game. On one side, the South Korean President Moon Jae-In has had a hotline open with North Korea like the United States and on the other end, there are joint military exercises in progress.

According to political thinkers, Kim has also commented the whole exercise to be ‘perfidious behavior’. Yet her tone seemed relatively restrained as she didn’t threaten specific actions they might take, unlike in the past. Kim said U.S. military actions showed that Washington’s talk of diplomacy is a hypocritical cover for aggression on the peninsula, and that peace would only be possible if the United States dismantled its military force in the South.

Suga Might Not Get Support For Next Japanese Election As PM