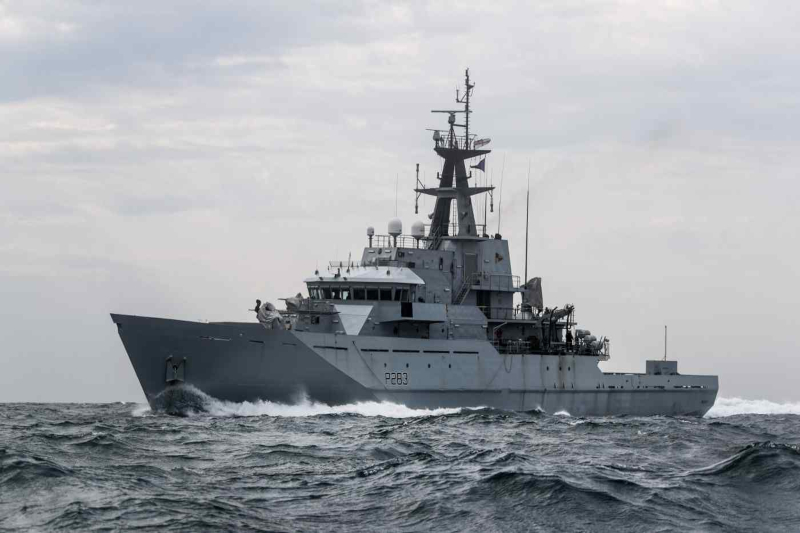 The United Kingdom on Tuesday announced that it would permanently station two Royal Navy warships in the Indo-Pacific as part of its endeavours to enhance regional security ties with Japan amid increasing tensions with China.

During his recent two-day visit to Tokyo, Britain’s Defence Minister Ben Wallace issued a joint announcement with his Japanese counterpart, Nobuo Kishi, noting that the warships will be placed in Asian waters in the coming weeks.

“Following on from the strike group’s inaugural deployment, the United Kingdom will permanently assign two ships in the region from later this year,” he said.

According to the UK defence ministry, the Royal Navy’s River-class offshore patrol vessels, HMS Spey and HMS Tamar, will be placed in the Asian waters. These vessels will be supported by ships from Japan, Australia and Singapore.

The Japanese Defence Minister added that the warships will be deployed after Britain’s Queen Elizabeth Carrier Strike Group (CSG) and escort ships complete their sail to Japan in September.

Nobuo Kishi further stated that the HMS Queen Elizabeth and its strike group will split up to move towards separate ports to Japanese naval bases and the US for joint exercises. As per reports, the British aircraft carrier is being escorted by a wide range of ships including two frigates, two destroyers, two support vessels, and other ships from the US and the Netherlands. The Royal Navy strike group began its journey from Britain in May.

At the same time, the UK would also be deploying a Littoral Response Group to strengthen its regional cooperation with Japan and other Indo-Pacific countries.

“Both our countries seek to protect and uphold the rules-based international order,” Wallace said, during the joint conference.

“We confirmed our shared position in strongly opposing unilateral attempts using force to change the status quo in the East and South China Seas,” Kishi said.

Speaking to media in Tokyo, Wallace called on China to respect Britain’s freedom of navigation as the carrier strike group will sail through the sea to Japan.

After the scandal of the kiss, the Minister of Health resigns in the United Kingdom

Xi’s visit to Tibet, the first by a Chinese president in 31 years

With China’s growing assertiveness in regional seas, Japan has stepped up its efforts to expand maritime security ties with other countries, including Australia, the UK, and Southeast Asian nations. Responding to China’s attempts to change the status quo in the East and South China sea, Japanese Prime Minister Yoshihide Suga had vowed to defend the country’s sovereignty, democracy, human rights and the rule of law. During an event earlier this year, he affirmed to boost Japan’s readiness to defend the country with the support of close allies.