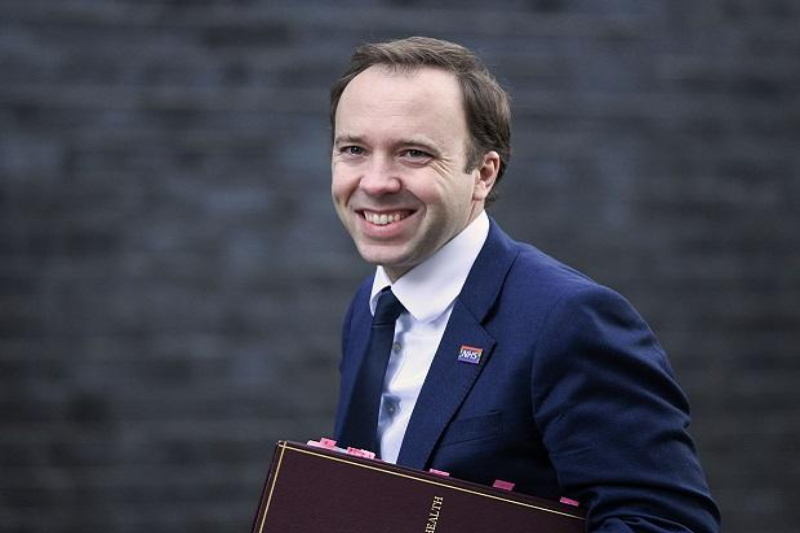 After the scandal of the kiss, the Minister of Health resigns in the United Kingdom

He resisted for 24 hours, then had to resign: Matt Hancock left his post as Minister of Health of the United Kingdom. It was not the management of the Covid epidemic in the United Kingdom that overwhelmed him. But a fiery kiss with collaborator Gina Coladangelo slammed on the front page by the Sun. When the scandal came to light, Hancock tried to deflate the story, apologizing for not respecting the rules of social distancing: the photo dates back to May 6th, when citizens had to avoid physical contact with people not belonging to their circle.

Prime Minister Boris Johnson accepted the apology despite being under pressure. Saturday Johnson confirmed his confidence to the minister, who has often ended up on the polemics recently. But faced with the mounting of the story, Hancock could not help but resign. “The last thing I want is for my private life to distract attention from the one goal that is taking us out of this crisis.” He said, referring to the vaccination campaign. “I want to reiterate my apologies for breaking the rules and apologize to my family and loved ones for letting them go through this”. He added, answering to the Labor opposition, criticizing him also for the opaque appointment of Coladangelo to lead his team of consultants.

The pandemic situation in the UK

The Delta variant is advancing in London, with notable progression in recent weeks. The contagions also spread across elementary schools, where a 70% jump in positive cases was recorded in the week from 13 to 20 June. Data provided by the government reveal that the number of children aged 5 to 9 who have been infected with the virus, most of the former Indian variant, has increased significantly. Furthermore, there was a 56% increase among children between the ages of 10 and 14. More than 16,000 pupils did not go to school after covid suspicions in the third week of June, a significant increase from 10,600 the previous week, the Times writes. In the last 24 hours, infections and deaths have been decreasing in the UK, also thanks to the weekend effect, where the counts are always lower than on weekdays. London recorded 14,876 new cases and eleven victims, down from the 18,270 infections and 23 deaths of the day before.