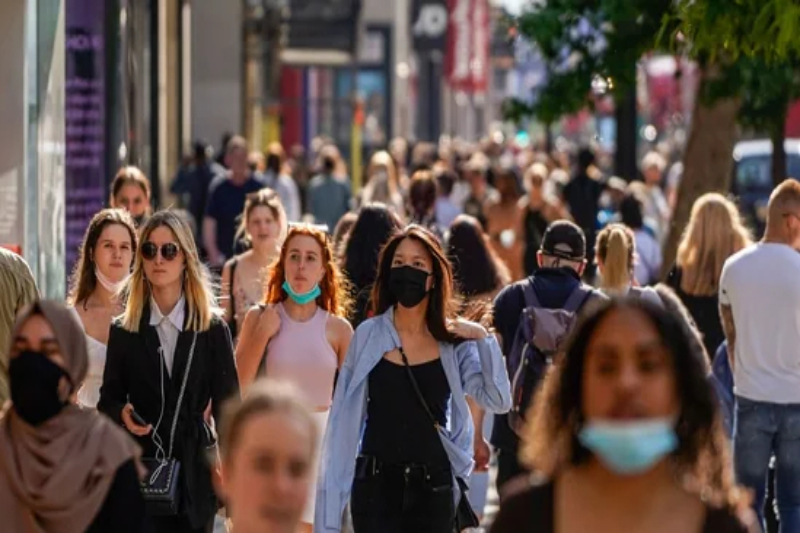 A new Covid-19 variant overwhelms the United Kingdom, infections up 79%

The Delta variant of the new coronavirus overwhelms the United Kingdom, with infections up 79% according to the London Ministry of Health. To prevent it from doing damage like the first two coronavirus waves, it is necessary, according to experts, to inoculate the second dose of vaccine to all elderly people and to increase the number of vaccines administered every day.

Children are also being vaccinated, but adults and the elderly remain the priority. Now it will be a question of whether the vaccine will reach people faster than the “Delta” mutation, which is only possible if the spread of the variant slows down compared to the data of the last few weeks. Dr. Mike Tyldesley, an epidemiologist, noted that those who have been infected and hospitalized are now “slightly younger, and therefore also slightly less sick” with a greater chance of recovery. “These signs are cautiously positive – he told the BBC – but of course, we must keep an eye on the situation in the next two weeks to be able to provide as much information as possible to the government before the reopening scheduled for July 19”.

Large vaccination centers are underway in London at the Olympic Stadium and on the football fields of Tottenham Hotspur, Chelsea, and Charlton Athletic. The situation in Great Britain must be monitored with great attention in other European countries where the “Delta” variant is already present but is not yet so widespread. She won’t go away by herself and just waits for people to relax and take off their masks, as they have already done or are about to do. Speeding up vaccinations and extending them to young people seem like decisions that governments should take quickly.

The Sar Cov 2 coronavirus continues to evolve to continue living by infecting as many people as possible. In India, Delta plus – called B.1.617.2.1 or simply AY.1 – is spreading more and more rapidly in India. Detected for the first-time last April, 22 cases of the new strain have so far been identified in six districts of three states (Maharashtra, Kerala, and Madhya Pradesh), according to the Ministry of Health. Sixteen of these cases of contagion were detected in Maharashtra, one of the Indian states most affected by the pandemic. According to the ministry, the variant is already detected in nine countries including the US and Great Britain, it spreads more easily than the Delta and binds more easily to lung cells.