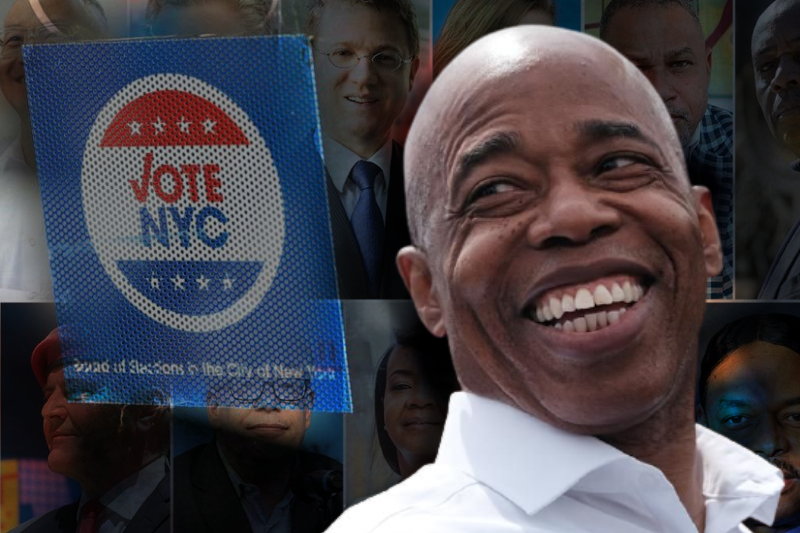 NYC Might Have An African American Mayor After A Decade

The new mayoral candidate at New York city is of African American origins, speaking for the wave of change in America, yet again. Giving a tough battle at the mayoral vote counting activity that started recently. It is Eric Adams, the Brooklyn Borough President and former New York police captain that has led the first round of counting in the Democratic mayoral primary. His focus is on law enforcement in a crime- and pandemic-battered city.

Mr. Adams is said to have already secured about 31% of the vote, followed by civil rights lawyer Maya Wiley with 22% and former city Sanitation Commissioner Kathryn Garcia with about 20%. Having a brush with the authorities in his teens, he has to his credit the fact that he could push for NYPD reform. This has hugely gone in his favor as a frontrunner in the mayoral race.

The other popular message doing rounds in his beat over unity in diversity, something that the U.S. stands for. “This coalition that we built, Black, White, Brown, Asian, Muslims, Jews, Christians — this amazing coalition — Italians, Russian-speaking, Irish, they called me the United Nations candidate. All these different groups bringing this city together, we don’t need a divider, we need a unifier.

After being ruffed up by cops and beaten up at the age of 15, he went onto join the city police where he served for a period of 22 years. In the New York Police Department, he retired as a captain. He helped co-found a reform group called 100 Blacks in Law Enforcement Who Care. Adams was elected to the state Senate in 2006, holding his seat for seven years until he became the first Black Brooklyn borough president in 2013. His credential makes for a good selection as New York City Mayor.

If Adams prevails in the general election for mayor in November, he would be the second Black man to hold the mayor’s office in the city’s history since David Dinkins in the early 1990s. However, his win would mean he has to go through 12 rounds of subsequent vote counts to win the primary. This time, the city is making use of the ranked-choice voting system. In this, in ascending order of preference, voters get to rank the candidates contesting to a maximum of five, instead of choosing only one. A candidate has to secure 50percent or more votes to win the position. If no one secures the percentage in first round, casting continues for next round of voting till the lowest voted candidate can be eliminated.