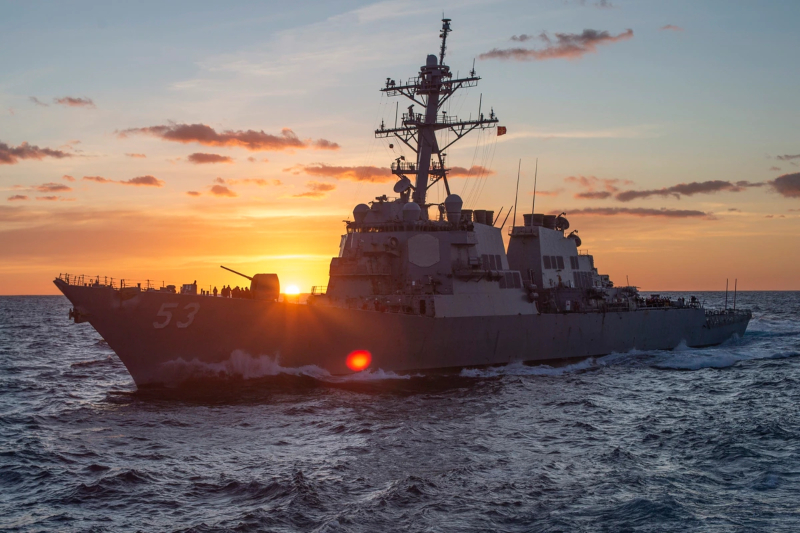 US is the greatest creator of risks in the region: China

China has condemned the United States move of sailing its warship through the Taiwan strait and has termed it as the region’s “greatest creator of risks”.

Taiwan Strait is a strategically critical zone for China as the narrow waterway separates mainland China from the island of Taiwan.

The US Navy’s 7th fleet said that its Burke-class guided-missile destroyer USS Curtis Wilbur conducted a “routine” transit through the Taiwan Strait on Tuesday.

In a statement, it was said the “ship’s transit within the Taiwan Strait proves the US commitment to a free and open Indo-Pacific”.

China issued a warning after its forces monitored the vessel through the tense waterway.

“The US is intentionally playing the identical old tricks and creating trouble in the Taiwan Strait,” the People’s Liberation Army’s Eastern Theatre Command said.

This “shows that the US is the greatest creator of risks in terms of regional security, and we are firmly opposing this”.

Taiwan’s Defence Ministry downplayed the scenario by saying that the “situation was as normal” and the ship had travelled in a northerly direction through the strait.

The US Navy has been handling such operations in the Taiwan Strait each month.

Military tension between Taiwan and Beijing have surged over the past year, with Taipei protesting against China for repeatedly sending its air force into its air defence zone.

A month ago, the same ship had transited the strait that has made China blame the United States for threatening peace and stability.

In the series of events, a Chinese aircraft, including fighters and nuclear-capable bombers, pervaded Taiwan’s air defence identification zone. This is the largest reported incursion to date that followed the Group of Seven leaders issuing a joint statement asking China for underscoring the importance of stability and peace across the Taiwan Strait.

China condemned these comments as “slander”.