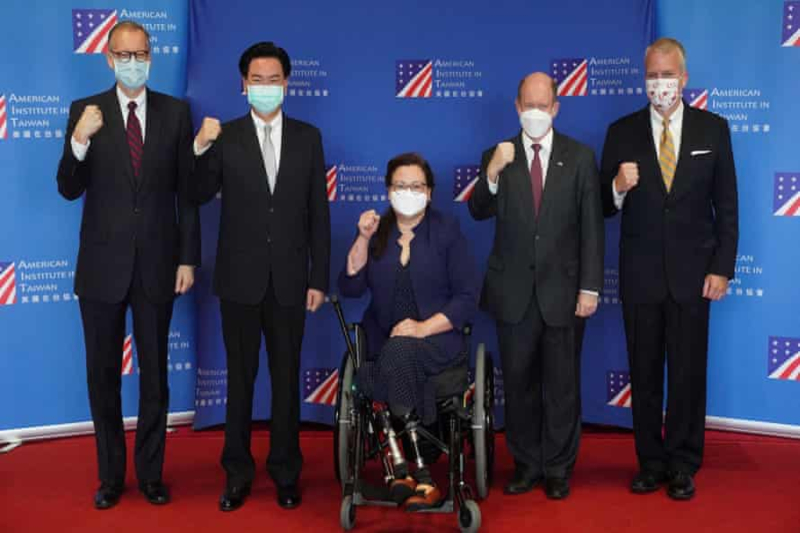 US to aid Taiwan in its fight against Covid-19

The United States has announced to donate 750,000 Covid-19 vaccine doses to Taiwan as the latter is in dire need of jabs to boost its fight against the pandemic.

Three US Senators, speaking at Taipei’s downtown Songshan airport, announced that Taiwan would be getting 750,000 vaccines as part of the first tranche of donations.

The step is a part of the global superpower’s plan to share more and more vaccines with the countries in need.

US President Joe Biden last week announced that the US will swiftly donate the initial allotment of 25m doses of vaccine overseas via the UN-backed Covax program. The initiative, to date, has shared only 76m doses with needy countries.

Taiwan is currently dealing with a sharp spike in domestic Covid-19 cases but has been affected by global vaccine shortages.

From its population of 23.5 million people, only around 3% have been vaccinated so far. Most of those vaccinated have got only the first shot of two needed.

Taiwanese health authorities announced on Sunday that there were 343 new locally transmitted cases. Taipei contained coronavirus last year but the outbreak that started in May has spread into some factories in the electronics industry. The industry forms the backbone of the country’s export sector.

Taiwan’s opposition has heavily bashed the government of President Tsai Ing-wen over the failure of mustering up enough vaccine supplies. The government fears that China is trying to use the health crisis to turn the public against Tsai. Beijing denies this allegation and has accused Tsai of “plotting independence aided by the pandemic”.

China says it is all set to provide vaccines to Taiwan, but Taipei accuses Beijing of blocking efforts to obtain vaccines directly. China has recently shown its displeasure on Japan for its vaccine donation to Taiwan.