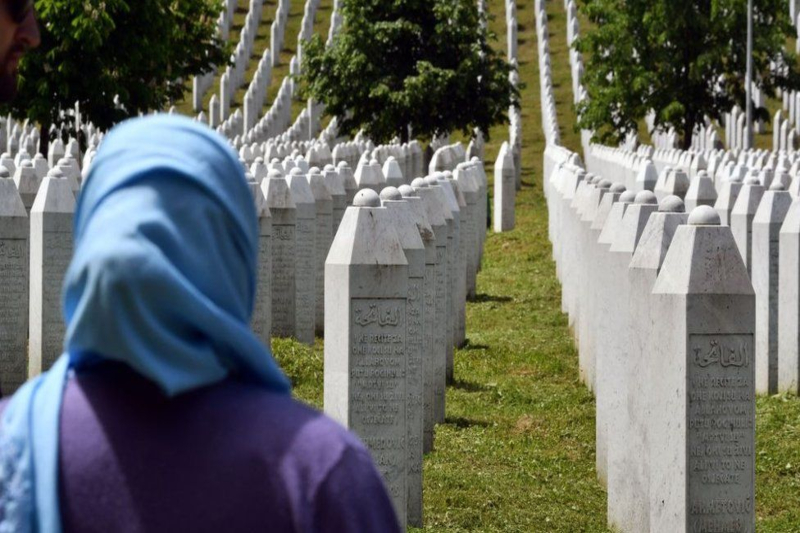 Srebrenica massacre: “Butcher of Bosnia” to hear verdict on 1995 genocide

Former Bosnian Serb commander Ratko Mladic, also known as “Butcher of Bosnia”, is set to appear in UN court to hear final ruling on his appeal against him being convicted for 1995 genocide of Bosnian Muslims. He was sentenced for life in 2017 for his role in Srebrenica massacre when around 8000 Bosnian Muslim (Bosniaks) men and boys were killed.

During the last hearing in August in The Hague, prosecutors had urged for his conviction on genocide charges. Mladic’s lawyers had argued that he was away from Srebrenica at the time of massacre. Mladic is one of the last suspects to face trial at UN’s International Criminal Tribunal for former Yugoslavia, that Mladic calls a puppet of Western powers. After being on run for 16 years, Mladic was finally arrested in 2011.

The Srebrenica Massacre: what happened?

The Srebrenica massacre is worst atrocity since World War II in Europe, carried out at an enclave that was supposed to be under protection of United Nations. Between 1991 and 1999, Yugoslavia separated into different territories quite violently. The territories were Serbia and Montenegro, Bosnia and Herzegovina, Croatia, Macedonia and Slovenia. Bosnia’s conflict was the most violent and bloody as it was most religiously and ethnically driven. Bosnian Serb army was formed after Yugoslav army units separated from Croatia. The army formed a huge wrap of Bosnia territory dominated by Serbs.

In an elaborate act of ethnic cleaning, millions of Bosniaks and Croats were dragged out. Serbs were a casualty in this too. By the genocide ended in 1995, over 100,000 people had been killed. Mladic then went into hiding and lived in Serbia under protection of security forces.

During the August hearing, that was delayed due to Mladic’s poor health and coronavirus pandemic, Mladic continued to be in a defiant position. Mladic denied any role in the genocide but prosecution lawyer said him to be convicted of the “most heinous crimes of the 20th Century”. Laurel Baig said, “Mladic was in charge of the Srebrenica operation. He used the forces under his command to execute thousands of men and boys.” Mladic’s lawyer Dragan Ivetic denied his client’s role saying, “Mr Mladic is not a villain. He was someone who at all times was trying to help the UN do the job it couldn’t do in Srebrenica at a humanitarian level.”